No items found.
Product is not available in this quantity.
LoginLogoutSubscribe
Motors 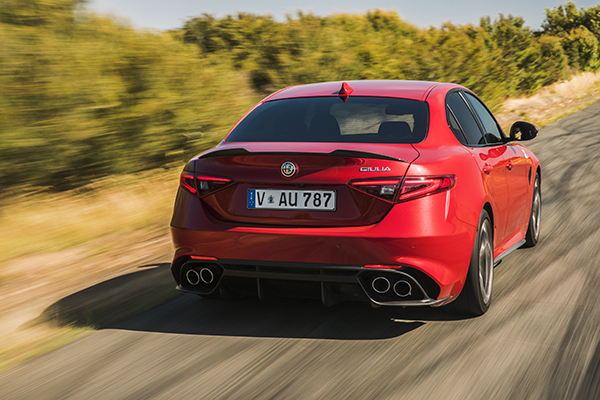 The history behind Alfa Romeo’s magic

With 107 years of unique memories and incredible achievements, Alfa Romeo certainly has a history worth sharing; achievements that not only reflect the Alfa Romeo brand, but those which helped create the enticing and driving experience that continues to this day.

Among the most celebrated stories of carmakers, Alfa Romeo dates back to 1910, when it was founded in Milan as A.L.F.A (Anonima Lombarda Fabbrica Automobili, or Lombard Automobile Factory). In 1915, A.L.F.A was purchased by entrepreneur Nicola Romeo, leading to the new name created in 1920, Alfa Romeo: still proudly identifying the iconic brand over 100 years later.

Alfa Romeo quickly earnt a reputation for performance through impressive motorsport successes that included the 1911 Targa Florio and the inaugural World Manufacturers’ Championship in 1925, with many more to follow throughout the years.

In 1922, Alfa Romeo’s growing popularity and international auto racing exploits prompted the Nicholas family to open Overseas Motors in Elizabeth Street, Melbourne which happened to be the first Alfa Romeo dealership outside of Italy.

In 1923, legendary Alfa Romeo race car driver Ugo Sivocci wanted to break a string of second-place finishes. To prepare for the legendary Targa Florio race in Sicily, he painted a white square with a ‘Quadrifoglio’, or four-leaf clover, on the front of his Alfa Romeo RL Targa Florio. He finished in first place. In the same year, Sivocci was track-testing a new car that didn’t yet bear his lucky symbol. Tragically, he crashed and lost his life: a legend was born.

This marked the beginning of a tradition: all future Alfa Romeo race cars would bear the four-leaf clover on a white triangle—the Quadrifoglio was also used to designate high-performance Alfa Romeo street vehicles including the 1963 Giulia TI Super, the 1965 Giulia Sprint GTA and now, the all-new Giulia Quadrifoglio.

In 1925, Alfa Romeo won the Inaugural Automobile World Championships, with the Vittoria Jano-designed P2 dominating Grand Prix racing in the mid-20’s. Alfa Romeo’s passion for car racing continued to inspire success amongst the straight six powered 6C 1750, as it won every major race of 1929 it competed in, including the Grand Prix and the 1000km ‘Mille Miglia’.

Alfa Romeo experienced a devastating mishap during WWII after a bomb destroyed its factory. Its spirit lived on, and in 1947 the 6C 2500 Sport “Freccia d’oro (Golden Arrow) brought new hope to the company and its future. 1954 saw the introduction of the Giulietta, the first car to be given a person’s name. The Bertone-designed coupé was Alfa’s first 1.3 litre road car and an immediate hit. In 1962, Alfa Romeo launched the Giulia, later becoming one of the brand’s most iconic models and the first Alfa with a five-speed gearbox.

Still today, Alfa Romeo is among the world’s most prestigious marques, blending a long tradition of technology and performance with unique exhilarating style. The Alfa Romeo automotive brand philosophy is built on five key pillars: advanced technology, lightness and efficiency, unique spirit, performance and dynamism, and last but not least, Italian design.

In June 2015 the Alfa Romeo Giulia sports sedan was revealed to the world by Fiat Chrysler Automobiles CEO Sergio Marchionne in Milan and became available in Australian dealerships in February this year.

Based on Alfa Romeo’s flexible all-new ‘Giorgio’ rear-wheel-drive platform, the Giulia is more than just an all-new premium sports sedan: it’s the vanguard of the Alfa Romeo renaissance, the start of an exciting new era for the 107-year old Italian brand. Designed, engineered and produced in Italy, the Giulia sports sedan introduces a new level of standard equipment and driving enjoyment to the mid-sized luxury class. The all-new Alfa Romeo ‘Giulia’ Australian line-up consists of five models across four equipment grades – Giulia, Super, Veloce and range-topping Quadrifoglio. The Giulia’s combination of quality, performance, value and Italian spirit across all models gives the world something truly unique and exhilarating in the premium sports sedan market.

The flagship Giulia Quadrifoglio performance sedan is powered by a Ferrari-inspired 2.9-litre BiTurbo V6, developed by a select team with experience developing Ferraris. Producing 375kW and 600Nm, the Quadrifoglio accelerates to 100km/h in 3.9 seconds and currently holds the Nurburgring lap record for a production sedan (7min 32sec) set by Fabio Francia in 2016.

Alfa Romeo’s formidable achievements are owed to people quite out of the ordinary: genius designers, brilliant engineers, and workers inspired by a shared instinct of perseverance with a pioneering spirit.

Their remarkable skills enabled them to overcome conformism, gave their creativity free rein  and brought to life the fundamental values of the Alfa Romeo brand. The magic ways in which these elements have combined are what distinguishes Alfa Romeo from every other brand on the worldwide automotive scene. Every one of its cars shares that distinction.