No items found.
Product is not available in this quantity.
LoginLogoutSubscribe
Immigration 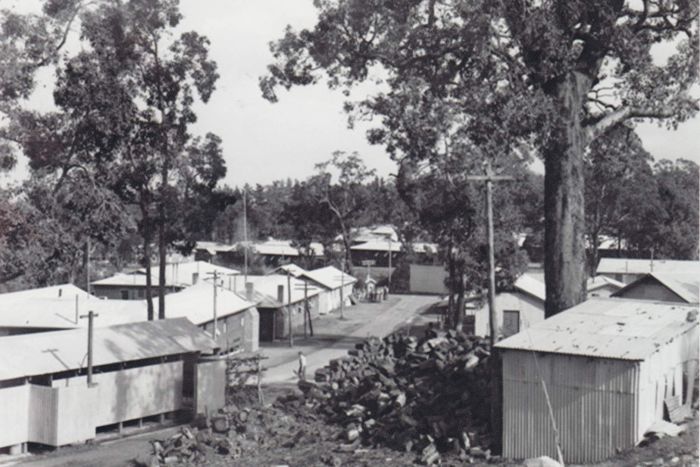 Located 140 km from Perth, Western Australia; Harvey is a small agricultural town renowned for its fresh produce and for being the home of beloved Australian children’s author May Gibbs. Nestled amongst an abundance of orange trees and flora and fauna, this quaint country town appears to be a world away from the chaos and turmoil of international conflict.

But what few realise when they visit Harvey, is that the town played an integral part in one of the darkest and most little-known chapters in Western Australia’s history; it was where over 800 Italians and over 100 Germans were interned during the Second World War.

On June 10, 1940 Italian immigrants in Western Australia’s lives were turned upside down when Italian Fascist Dictator, Benito Mussolini announced his allegiance with Nazi Germany and declared war on Britain, The British Empire and consequently Australia. These Italian Immigrants were now caught in the middle of an international conflict, torn between their new country of origin and their new homeland and were consequently deemed “enemy aliens” by the Australian government. Immediately Chaos, confusion and turmoil ensued onto the streets of the port city of Fremantle, which was Western Australia’s “Little Italy” as the Australian Government began to enforce strict rules on the newly arrived Italians.

The following day, The Remo an Italian ship which had just arrived in Fremantle was immediately seized by the Australian authorities and renamed the Reynella. The Italian crew had been seized and many were sent to confinement on Rottnest Island, while officers were sent to Fremantle Prison and female crew members were left on the wharves to fend for themselves. By August 1940 the strict internment policy had been put into practice throughout the state and more than 1000 Italians were interned. Few of those interned were Fascists, but regardless whether an Italian Immigrant was now a naturalised Australian citizen, had denounced Fascism or had lived in Australia longer than Italy they were still considered the enemy in the Government’s eye. Internees were given little notice to pack their belongings and farewell their loved ones. Wives were left behind to fend for themselves and their children with little financial support and no knowledge as to where their husbands were going and whether they would return.

One of the many internees was Sam Marocchi, who had no idea where he was being sent to when he had been arrested. “I was disturbed to find it (Rottnest) was a prison camp with armed guards and double rows of barbed wire. The guards hated us. They were old men, World War veterans, it seemed and they treated us like animals. I could not understand why, or what I had done wrong”, he told The West Australian in a previous interview. When the Japanese took over Singapore and looked like threatening Australia, Marocchi like many internees was transferred from Rottnest to Harvey, in the state’s first purpose built-Internment Camp, which between 1940 and 1942 held over 800 Italian men including Australian-born and naturalised Italians.  The Harvey Internment Camp, which was then referred to as camp no. 11 included 68 barracks, several workshops, shower rooms, dining huts, recreation huts, detention cells and officers’ quarters which was enclosed by six foot barbed-wire fencing, topped with rolled barbed-wire which separated those interned from the outside world. “That camp was a little better”, he recalls. “It had plenty of water, food and even a hospital, but it was still a prison camp”.

Another internee, Luigi Camporeale recalls the day he left for Harvey from Fremantle and the lack of compassion Italians were shown during this time. “We reached Fremantle and a train was ready to take us to Harvey with the Australian soldiers that were posted there. The train passed through Marine Terrace and the families of some of the internes were there to say goodbye to their men. The conductors of the train enjoyed watching the families cry for their men”. However, Camporeale was quick to point out that not all Australians treated them badly during this period. “We lived like Kings in this camp, nothing was missing. We received newspapers, soap, games, good food – plenty of tuna, sardines and salmon in tins. We played soccer, tennis and bocce, we were sent to school to learn Italian and English”. However, he does recall that not all Internees experiences were the same. “We had to run around this camp all the time and there were some old men that couldn’t make it and the soldiers abused them and treated them really badly”. He also recalls German prisoners of War who were also in the camp being constantly questioned by the Australian Army.

By 1942 the Harvey Internment camp was abandoned. The lights which illuminated the Camp during the night were clearly visible from the Ocean and it was deemed necessary to move the Internees further inland. For some time, the camp was still used as a training facility but was eventually closed and dismantled. All that remained of the camp was Australia’s only roadside shrine which was built by Italian internees Giovanni Boscetti, Giuseppe Raneri and Gaetano Tomba. The trio had initially wanted to build a chapel but due to limited time and resources, officials approved of a shrine instead. For 50 years this shrine which features Jesus Christ on a crucifix was left untouched and unprotected by the natural elements. In 1992 the Harvey Internment Camp Committee restored the shrine and built a chapel around it to protect it.

Harvey Internment Camp Committee Chairman Louie Sgambelluri says the shrine holds a “special place in his heart”. Sgambelluri’s late father Pietro was interned for six months in the camp. “He was growing potatoes there and then there was a shortage of food so he was released to plant potatoes, which is what he did until he retired in 1950”. Sgambelluri says his late father like many other internees refused to talk about their time in the camp. “They never said anything. They experienced a good 11 or 12 years in Italy that was real depression. no food, no money and (after the war) they were grateful to be here in Australia”. While the shrine is a painful reminder of a dark chapter in Western Australia’s history, Sgambelluri says it is important that it is remembered and he is pleased that in 2017 the shrine was added to the State Heritage Register. “The shrine is something that came from a tragic circumstance and it is a symbol now of human acceptance and human understanding… we need to be reminded of the past to go forward into the future and we need to know the history to develop tolerance and acceptance”.