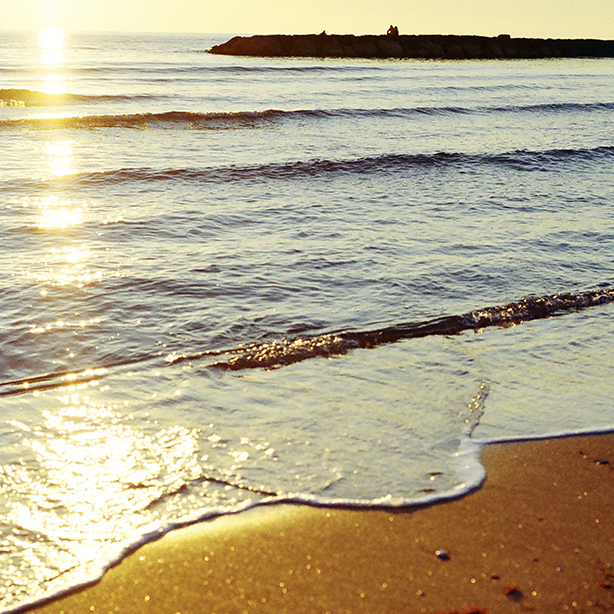 When a dream to chase turns into a golden captivity

A departure is always good, or at least ‘good enough’. Joseph Conrad said that even if we leave during gloomy weather we still have the open sea in front of us deploying endless possibilities; intoxicated by a fresh start, we feel the architect of the marvels there are in the world.

Ulysses comes to mind, the mythological Greek hero narrated by Homer in the Odyssey. I recall him on the island of Ogygia at the court of Calypso, the nymph who rescued him after drifting nine days in the open sea and fell in love with him. Calypso seduced and subsequently detained Ulysses (if a difference exists...) with enchanting singing, the promise of immortality and eternal youth, preventing him to continue his journey. Initially, Ulysses was comforted by the love of the nymph, and quite frankly, who wouldn’t have been? Despite this, he soon started dreaming about going back to his homeland, Ithaca, to be with his wife Penelope and for his circumstances to change. Ulysses would have surely left, if only he had a ship with which to depart on.

Isn't it like that? People move, travel, see the world, meet other people, call into question their fates and convictions, they embrace brand new lifestyles, and they get rescued and lured along the way. They fight real enemies or their own inner demons. Some escape from their self-loathing and some, conversely, find it enlightening. In most cases, they return to their homeland changed or estranged (perhaps both), other times, however, life, God (or the Gods), take the lead and their ‘homeland’ becomes a paralysing nostalgia. The place they live in turns into an oneiric experience, as if in captivity - a golden one, more precisely. The fact is that ships leave the port and sail for days. Nevertheless, it isn’t until the coast is no longer in sight that the undertaking of the crossing has begun.

It doesn't matter if we live in a heavenly place, on a land generous of fruit, where a cave overlooks natural gardens. It could even be a sacred woods with large trees, where springs flow through the grass (the depiction of Ogygia in the Odyssey), as we lie cradled in the arms of a suave creature that offers us nectar and ambrosia, the food of the Gods. A life without breaking a sweat and human suffering, on an island suspended in time and in a dimension of everlasting happiness is a life disabled. A life where there is no hope to pursue our own destiny to see home again.

Whoever we are or however society might label us, a migrant, a traveler or an explorer, we all meet, at least once, a Calypso, the 'nasconditrice', the one who harbours and simultaneously hides 'the way' from us. Calypso lures and imprisons that to which we are destined. At the start beauty and the absence of struggle dazzle us, but this comes at a great price. Life, as we know it, is simply missing.

Not even I escaped my encounter with the sweet Calypso. She incarnated soon after my arrival in Australia and, although neither promised me immortality nor had the silhouette of a nymph, she had the placid face of isolation, the mellifluous promise of a dream to chase and the lightness of a young country unfettered by history and culture substrates. Nonetheless, I rapidly figured that the isolation can easily turn into oppression, and the dream I was chasing instead of fulfilling was rather draining. It is perhaps then that I start longing for something inexpressible and vague. A yearning for something that it is not, has not been, and couldn't have been. Coincidentally the fortunes of my life became marked by an existential ennui and tinged by a melancholy detachment. I believe such a discrepancy in a man's journey is somehow inescapable and not unheard of (although not many globetrotters are at ease talking about it). It triggers silently when the world around us makes a hell of a lot of noise. I still have no answers to this pensive disbelief of mine, but at this stage in my odyssey the question that needs to be asked is: What really troubled Ulysses? Was it the confinement? Living a life on hold? Or, perhaps the nostalgia for his family and homeland? Certainly.

However, Ulysses' hypochondria came also from the awareness that his ship was shattered and that he could never return home without it. He withstood seven years, lost and desperate, until the Gods decided that it was time to free the broken man from the mellifluous embrace of the devilish Calypso and continue his journey towards home. He had been absent from Ithaca for ten years already (he fought in the Trojan war) after leaving his 'jailer' took another decade, after many twists and turns, to reach his realm and family.