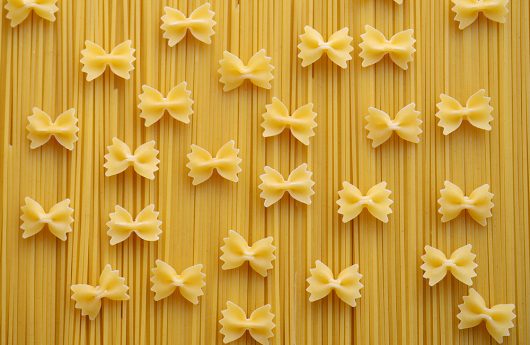 The wonderful paradox behind the Italian Academy of Cuisine

The first thing we should bear in mind when talking about the Italian Academy of Cuisine (Accademia Italiana della Cucina – a gastronomic association that began in Milan more than half a century ago, is the oddity of the name.

Why wasn’t it called the Academy of Italian Cuisine? This is not splitting hairs. The difference may seem negligible at first, but it has a raison d’être. We all have some idea of what is meant by ‘Italian cuisine,’ yet it seems that the Academy’s founding fathers – Orio Vergani in particular – were of the belief there was no such thing.

Vergani was a journalist on the payroll of Milan’s daily newspaper Corriere della Sera for almost 30 years; having written on theatre, literature, politics and sport by the time he founded the Academy in 1953. As a sports writer, he often covered the Giro d’Italia and the Tour de France: the story goes it was during one of these events he had something of an epiphany. While stopped at a restaurant in the Veneto region, Vergani was alarmed when the establishment offered him veal cutlets alla Milanese and wine from Tuscany in place of the locally-made food and wine he had requested – luganeghe, home-made pure pork sausages from Treviso, and Piave River wine, both of which are specialties of the Veneto.

We can only imagine Vergani’s shock given the variety of foods and different types of national cuisines available to us today. For those of us not living in Italy, there’s Italian and that is it when it comes to eating out. There’s no, ‘let’s grab a bite of Perugian!’ Of course, we must remember that as a journalist, especially when having to report on the Giro d’Italia, Vergani travelled extensively around Italy, acutely sensitive to and appreciative of the differences in culture, language and food of Italy’s many regions. He sensed change in the air but not all of it for the better. He then enlisted several notable Milanese to form an ‘academy’ devoted to preserving Italy’s regional cuisines by upholding the tradition of handing over recipes from one generation to the next, along with ingredients and methods specific to each region.

Subsequently, it is said about the Italian Academy of Cuisine that not one of its founding fathers was involved in the food or hospitality industries. Unlike today, there was not one providore, food exporter or importer, grower, winemaker or chef, renowned or otherwise, among the early membership. With the exception of a few bankers and industrialists (which included Luchino Visconti’s brother Edoardo), the majority were journalists, writers, painters, architects and publishers. Those most prominent within Italy and whose renown extended beyond Italy were: Arnoldo Mondadori (head of the publishing house of the same name), Gianni Mazzocchi (publisher of the architecture and design monthly Domus), Gio Ponti (architect and also one-time editor of Domus), and Dino Buzzati (journalist, painter, and novelist most famous for Il deserto dei Tartari).

When we look closely at why these founders became extremely well known, respected or successful – and this is true of someone including Mondadori or Buzzati, and by extension likely true of the others – was because they embraced social and cultural trends that broke traditions rather than upheld them.

To understand the Italian Academy of Cuisine, both as it was founded and as it exists today, we must look at what was happening in Italy at the time, the context of post-war Italy, and the so-called economic miracle. Italy experienced a period of rapid and sustained economic growth from the early 1950’s to the mid-1960’s, during which Italians had more leisure time and money to spend on mass-produced goods – cars, televisions, home appliances, new furniture, and of course, food.

There was however, an underlying anxiety and sense of unease, whether formally acknowledged or not; the economic miracle would unleash a runaway train of consumerism, wiping away long-cherished regional customs, habits and attitudes. That is, everything, tangible and intangible, that made one region distinct from another. Hence Vergani’s alarm at being offered veal cutlets allaMilanese in place of luganeghe.

This sense of unease over something disappearing, and the desire to preservation, was not limited to one part of Italian culture as opposed to another. It could not have been a coincidence that during this time Italo Calvino published Fiabe italiane (Italian Folktales, 1956), a collection of folktales translated from the regional dialects they were recorded. As Calvino wrote in the introduction, “there was no readable master collection of Italian folktales which would be popular in every sense of the word. Could such a book be assembled now?”

Nor could it be coincidental that Cesare Zavattini – a stalwart of neo-realism who penned Vittorio De Sica’s Ladri di biciclette (Bicycle Thieves, 1948), Miracolo a Milano (Miracle in Milan, 1951), and Umberto D (1953) among other films – between 1951 and ’53 – was developing an idea for a film titled Italia Mia, which he eventually had to abandon. Italia Mia was proposed as a documentary which would have had De Sica and Zavattini take a three-month trip recording the different family traditions, customs, hopes, joys, and faults of people all around Italy.

Part of a new cultural trend during Italy’s post-war economic boom, was for the Italian Academy of Cuisine to uphold or safeguard the regional culinary traditions. Herein lies the paradox of its birth, for embedded in the root meaning of tradition as ‘handing over’ or ‘handing on’ is ‘to betray.’ The authenticity of Italy’s regional cuisines, are not dependent upon time and place – and because of this – cuisines must change. The Academy could not have lasted for so long and continued to grow had it not been imbued by this wonderful paradox.

The Italian Academy of Cuisine has branches (called delegations) in all Australian State capitals (except Tasmania’s) and in Canberra.