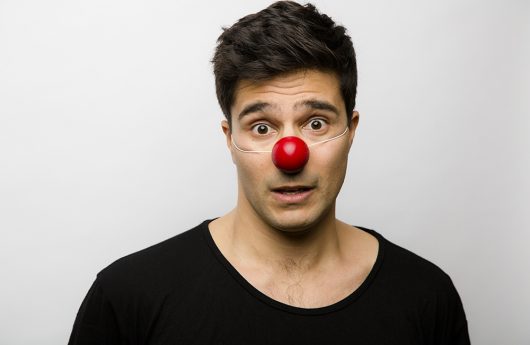 Portrait of an actor as a young man

The man sat in front of me, coffee in hand, is not the man I have seen in action. Today he is poised, articulate and composed. With grace and unabridged honesty he recounts the ups and downs of his life journey. So far, in all my encounters with him, I have been his audience: I sit gripped, hanging on to every word.

The man sat in front of me, coffee in hand, is not the man I have seen in action. Today he is poised, articulate and composed. With grace and unabridged honesty he recounts the ups and downs of his life journey. So far, in all my encounters with him, I have been his audience: I sit gripped, hanging on to every word. I feel as if I am speaking with a wise mystic who has lived many lives. During previous encounters, I have been captivated not by' the person', but by' the character.' Today, however, the real man is mine to unpack and explore: actor, Fabio Motta.

Creative spirit. Realist. Passionate dreamer. Worldly. Open. Driven by experience. Though these might seem counterintuitive and contradictory, as Fabio peels back the layers of his life, the evolution of the person he has become reveals itself to me. Fabio is all of these things. He is, if nothing more, testament to the power of dedication, having clear objectives and understanding one's own limitations.

With an impressive dossier spanning the globe, Fabio has ticked all the boxes. He has studied under Phillipe Gaulier in Paris, Larry Moss in Melbourne and New York, not to mention training at HB studio in the US, and the Accademia Teatrale Veneta in Italy. He has worked and studied across three continents, though that fails to scratch the surface of his achievements: film, television, theatre and teaching. What's interesting however, is that over time Fabio's direction and passion become clearer. Fabio is a clown, quite literally.

"School was an opportunity for me to play," he starts, reflecting on his early years growing up in Como, in Italy's north. Fabio's passion and love of clowning took shape in his formative years; little did he know how his story would unfold. Migrating to Australia with his family at the tender age of eight, Fabio's journey of self-discovery wasn't always smooth sailing."I had to push. I had to fight. I had to learn English. I wanted to be an equal like everybody else. I felt like I was different. When people made comments about my ethnicity or about my accent it alienated me. I was very Italian and that took a while to make friends with, I think."

Fabio's love of performance transcended both age and language, and led him to a career in theatre. Guided by a supportive and equally creative family, he lived his first twenty-nine years rich in experience, driven by a thirst for self-exploration and social awareness."Theatre is created for the people so that the people can have a voice," he clarifies."We need to ask the questions: Who am I? and What is my drive in life?" As his story unravels it becomes clear that both questions underpin not only his professional practice, but personal growth and development. Fabio speaks fondly of his experiences overseas, taking nothing for granted. He is indebted to Gaulier for his attentive hand during his clowning training in Paris, and equally so to Moss in the US."Working with Larry reawakened me, theatre was always my passion," he shares."To be an actor, you're cultivating self-love. You have to. I have a lot of love for theatre. I love learning about it, and now I'm in the state where I'm starting to teach."

Fabio's most recent experiences in theatre, more specifically in the world of Commedia dell'Arte, are challenging him with new curiosities and avenues to explore. Fabio's philosophy on clowning stems from his childhood experience in trying to negotiate the challenges he faced."The fact that I felt like an outsider, growing up was fundamental in discovering the archetype of the' clown'," Fabio explains.

In his book entitled My Thoughts on Theatre, Gaulier states:

"The clown comes from very far away, like the Wandering Jew or the Gypsy. He talks with a special accent which has never been heard before. He comes from nowhere in particular... He helps us dream because he isn't from around here... Where does he come from?"(2007, p. 280)

"The Clown" Fabio continues,"is the one who makes people laugh because of his simple mind, accidents and failures. He reminds people about imperfections, chaos and even the fragility of life which must end with death, purely from a place of humour. Having had a foreign accent and coming from literally the other side of the world, trying to discover how I could assimilate in the Australian culture was both a difficult and a very humorous experience for those witnessing it." Was this the beginning of the evolution of Fabio Motta' the clown', simply learning to adapt and' fit in' his new world?

"We live in a time where the clown's voice needs to be heard more than ever, and I believe it is the actor's role to be brave enough to uncover their humanity in order to give courage for society to do the same." Fabio links his own philosophy with clowns in the Middle Ages, as it was the clown's duty to remind the King and court of the importance of the fragility of life and the human condition:"How do we make something, even if it's exaggerated and over the top, truthful? You can feel it as an audience when someone's acting, or when they are actually connected to something honest. It could be the sound of their voice, their breath, in the way they hold their body," he explains.

Despite his general love of theatre, clowning is truly his passion in life."I think clown training is essential for acting training, because we've forgotten about that sense of pleasure and joy. Things become quite technical,' I have to know my lines'... and we forget why we're doing it in the first place. That sense of pleasure. That's what clowning brings."

Seeing Fabio in his element, clowning, is an overwhelmingly enjoyable experience. Masked, in both the literal and figurative senses, when Fabio is at' play' he is at his best. Fabio is able to explore the inner-most depths of his characters, in particular those of the Commedia dell'Arte style, with fervour and conviction."The mask allows me to do that," he affirms.

Fabio reflects on wise words offered to him by Moss:"find something you are good at, and do it like Hercules." Excited by what the future holds, Fabio has a big heart and lots of wisdom to share. He dreams of exploring new characters, establishing his own practitioner-centered theatre company, and to further develop his own craft. I don't doubt that he will achieve all of this with dignity, respect for growth and change, and an acute awareness of the social power of his work.

Fabio Motta trained at the Accademia Teatrale Veneta (Venice, Italy) where he completed a master in Commedia Dell'Arte. He furthered his studies at HB studio in New York, the prestigious 16th Street Actors Studio and with clown master Philippe Gaulier in Paris. He also studied acting under some of the world's most acclaimed acting teachers; Larry Moss, Lindy Davies, Catherine Fitzmaurice, Carol Rosenfeld and Austin Pendleton. He has appeared on stage in New York in The Three Sisters (New York Theatre Workshop), My Uncle Chekhov directed by Aleksey Burago (West End Theatre) and Pal Joey directed by Robert McQueen (HB Studios). He has toured Australia with Polka Theatre's Charlie and Lola Best Bestest play and Extremely New Play performing at the Sydney Opera House. Currently a conservatory company member at the Hudson Valley Shakespeare Festival (Garrison, NY) performing in Measure for Measure, As you like it and the devised clown show So Please You.