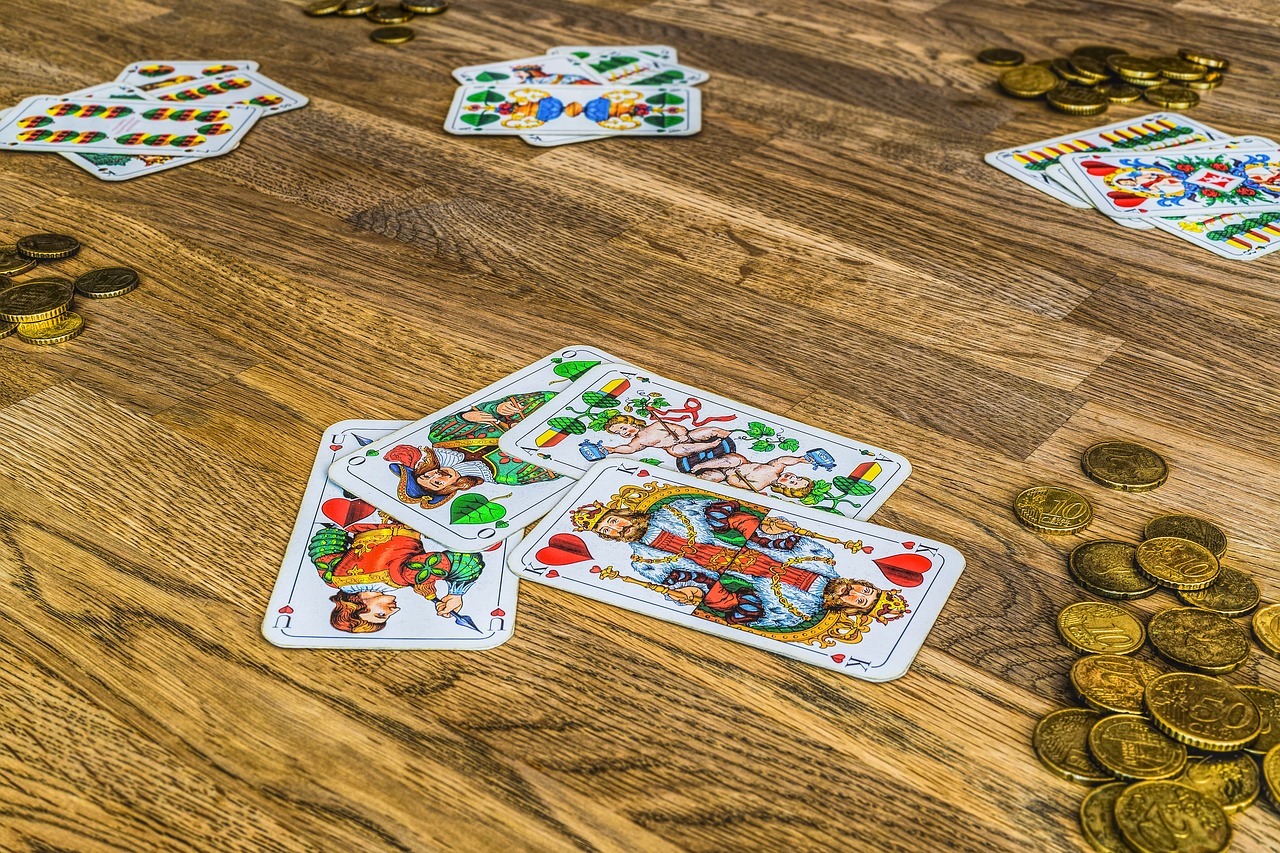 For the more seasoned generation of Italians, card games are much like the mobile games the millennial generation can’t seem to do without. But these card games, which at first seem like a nonchalant affair, can quickly flare up for the most passive of Italian pensioners. You still find groups of Italian gentlemen gathered around a small table in a shaded cafe or piazza, playing these cards games that they, like my old Nonna, used to pass the time with. But what are they called?

This is a popular card game throughout the Mediterranean, most likely played by Italian sailors and spreading to Spain, Croatia and Portugal. Essentially, it is a trump game with a difference because players can alter the trump card as the play develops.

The aim is to win the most points playing with your partner using a 40-card deck (no eights, nines or tens). Each player is dealt three cards, and it plays a little like whist as players lay their cards down with the highest trump card winning the trick. In Briscola though, points are allocated against hands containing certain cards (Aces, threes, Kings, Queens and Jacks). The player or team with the highest score wins.

In Italian, scopa means 'broom', and players are required to sweep the cards from the table by playing cards of a certain value either matching the card laid down and taking a trick or placing another card down. It is a game requiring both skill and luck. There as many variants of scopa as there are ways to play poker, so beware when sitting down with a bunch of seemingly innocent old men in a small piazza in Naples. There’ll always be a local rule you aren’t aware of.

Many of the card games found online today have their origins in the medieval Italian backstreets of Rome, Florence or Milan. And having a wide knowledge of card games becomes more useful if heading online to play a few hands of poker, baccarat or blackjack. Before you do, knowing what the best bonuses and deposits are can be even more useful; you can decide here which casinos are the most reliable and trusted when it comes to playing online card games for poker and casino bonuses.

Cassino is a game derived from scopa, where players are required to take up (fish) cards from the table in order to score points. And while it might well sound like the word 'casino', it more likely originated in the town of the same name in central Italy. The goal is to secure the major point-scoring cards using a standard 52 deck of cards, and it makes for such an exciting two-player game that it has spawned a number of variants, including Royal Cassino, Portuguese Cassino, California Cassino, Callabra and Tablanette. It became popular in America and was adopted by many early Las Vegas casinos.

This is another trick-taking game, literally meaning 'three seven' and played with a deck of 40 cards. Points are made by gaining face cards as well as twos and threes and the aim is to take the most tricks with the highest value cards. Once again, this is a community game where players team up. Players follow suit, and the player with the highest card of that suit wins; if no suit is held, players can discard useless cards.

As is evident, the most popular Italian card games are the ones played by groups where team play is involved. It enshrines some of the most closely guarded Italian values; sociability, passion, combativeness and, quite possibly, a little wagering too - all values shared and taught by your favourite Nonna. Card games have always played a central role in urban Italian life, and they probably will continue to. So next time you visit Italy, brush up on your card play to gain an even deeper Italian cultural experience.