No items found.
Product is not available in this quantity.
LoginLogoutSubscribe
Politics 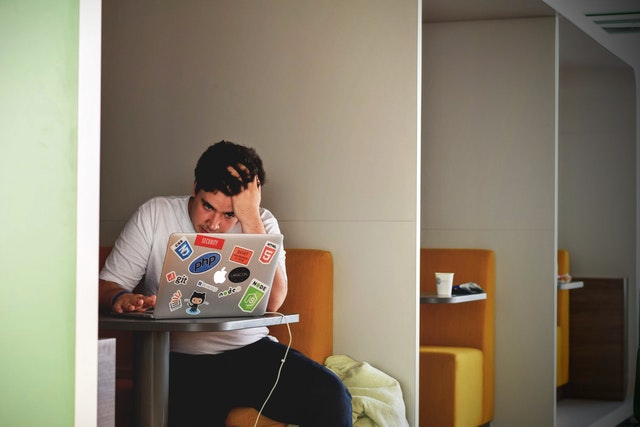 The COVID19 emergency has turned lives upside down all around the world. We’ve seen a sharp rise in unemployment with entire industries shut down as the world discovers the social and economic implications of self-isolation.

In Australia, the queues outside Centrelink are long, as those unable to work seek Government assistance to get through this time.
Among the hardest hit are the hospitality, tourism and entertainment industries, in which a significant amount of temporary visa workers are employed in Australia. These workers are ineligible for income support payments.

We spoke to five temporary Italian migrants about their situation and how they are getting by.

Gianfelice has lived in Australia for several years. He migrated with the intention of finding Sponsorship and eventually becoming a permanent resident.

Giulia has visited Australia three times. She arrived in mid 2019 with a job already lined up with a touring company.

Riccardo is studying to become a qualified chef, with the hope that he will also find sponsorship.

Enza and Dario intended to stay just two weeks in Australia, as they came to perform in a festival, which was cancelled due to the COVID emergency.


How did you find yourself in Australia?

GIANFELICE: I came to Australia a few years ago after a bike accident. I bought a one-way ticket and I’ve been here ever since.

GIULIA: I have been to Australia twice before, once with a cruise ship I used to work for, as part of a world tour. I came again with my best friend who is half-Australian. Then last year I decided to come again, but this time, as I’m thirty, I planned to put my knowledge and experience to use and try to build a career here.

‍RICCARDO: I decided to move here in 2016, I considered moving elsewhere in Europe but decided that there was more opportunity in Australia. I’ve lived here since then, working in Pizzerie.

ENZA: We came on a visiting artists visa to participate in a Festival in Melbourne, but we’ve had to stay on due to flight cancellations.

What is your work situation and how has it changed with the emergency?

GIANFELICE: I was working in a restaurant in Southbank. When the emergency started I moved quickly and found two new jobs. One was in a supermarket, and the other for the City of Melbourne. I ended up leaving the supermarket job because I prefer working for the council. I’m cleaning graffiti, cleaning the streets, and its great. I enjoy being out in the open air.

GIULIA: I arrived in Sydney and started looking for work straight away. I had been offered work in Melbourne as a tour guide during peak season, but in the meantime I was looking for work in Sydney. It was then I discovered the reality of Australia. You aren’t yourself, or your experience. You are your visa. I’ve been told that I have an interesting CV, and to get in contact again once my visa status changes. I’m on a working holiday visa. I started working in November for the tour company, but that was cancelled in March when the Crisis started. I came back to Sydney to stay with my boyfriend who has a permanent job at a restaurant. If it wasn’t for him, I don’t know what I’d be doing.

‍RICCARDO: I was given unpaid leave from my job at a pizzeria. I’m just waiting. And I’d like to take the opportunity to thank the association Mano nella Mano for their support during this time, offering supermarket vouchers.
‍

‍ENZA: As performing artists, this health emergency has interrupted our work significantly… many concerts have been cancelled as a result of the virus. We were already here in Australia to participate in Taranta Festival in Melbourne, We were supposed to play in Sydney as well, at the Italian Institute of Culture. Interviews on the radio were also cancelled,  in the first days after arriving here. After going back to Italy we had concerts programmed that have also, obviously been cancelled.

Are you planning to go back to Italy?

GIANFELICE: I’ve lived here for years. What I’ve noticed is that when there is a moment of difficulty, the first instinct is to go running back home where there are those familiarities, those little things that make you feel good. But in this case, the situation at home is worse than here. And the problem is not so much now… it’s what is going to happen after this crisis. I’m going to stay here when the economy is stronger, there are more possibilities.

GIULIA: Not for now. My boyfriend is on a bridging visa and he needs to stay. But I have to say, if I hadn’t met him, I would certainly have left for Italy by now.

RICCARDO: Not for now, and I couldn’t really say when. My plan is to hang on until June when I can access my superannuation, and hopefully find some more work. I’m just trying to hang on.

ENZA: We’ve been here now for more than 40 days, we’ve been trying to get information regarding our flight home. We’ve had our flight cancelled four times now. The next one is for the 4th May. We are really happy here, but we weren’t really prepared to stay here for two months. We are hoping to get home soon, and remain with this beautiful memory of a beautiful land with beautiful people.