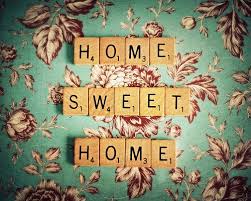 The perpetual search of home

“Nel mezzo del cammin di nostra vita” (halfway through the journey of my life) I have become an immigrant… The major consequence in one’s life of becoming what today is called an ‘immigrant’ is, above all, the loss of control.

I believe that the decision to leave (as of migrants for economic reasons) is in most case being long pondered, weighed up and independently made. However being an immigrant implies a series of insidious challenges, coping with new emotions and adjustments in everyone’s life. A conundrum!

I do not come from a family of migrants. Questioning my parents about any ancestors or family members who would have settled in some parts of the world, I could not get anything out of them.

During my teenage years the only contact I had with the immigration world was the Italian songs that told the torment of the migrants: Neapolitan to be precise (the ones that my father would sing around the house with an emphasis and theatricality typical from the South).

“Lacreme Napulitane” or “Addio a Napoli” they represented for most of my life only pleasant and old-fashioned melodies. Even for my father they were nothing more than songs, nice songs whistled during his walks or looking out the window, shirtless.

The loss of control that I felt at the beginning of my arrival             has something to do with the word itself. Immigrato, (immigrant in English) in Italian it has a dramatic sense of final and definitive. A person who left their home country for good with little hope or volition to go back. The word immigrato gives you a status and like any other social condition it freezes you and suspends you into a limbo; it sees to it that a single decision becomes the status of your life. Even the definition of ‘expatriate’ does not make me feel any better. Rather it makes me feel disabled.

For this reason I recently started to consider what it may possible entail, just the thought of returning to my homeland. Return, perhaps, only to leave again. Going home is not necessarily the termination of the migration cycle, but one of its expressions. Will my life begin again to have an unfinished hallmark? Will I be able to see myself as a human being “nel mezzo del cammin della sua vita?”In a nutshell, I want to scrape off the burden of being inalterable and motionless. Maybe to be fleeting makes us feel younger and vital.

However, hypochondria, I found out, can lead to creativity and very inspirational thoughts, and I had the conundrum completely backwards. Recently I stumbled into a citation from Risorgimentale Italian writer Ippolito Nievo and hit me deep: “It’s because of these wanderings of mine that I have been putting together my own particular idea of a homeland”.

Homeland is a concept, an ‘idea’ that takes shape in different places and materializes with the practice of philosophy. As Novalis wrote, “lucubrate is the urge to be at home everywhere.

I learnt that being an immigrant confront us with the search of one’s identity. Exposes us to questions difficult to fully answer. Guilt creeps in our ears.

But asking and calling into question “who we are?” is somehow a journey to the homeland.

It has been said: “There is nothing more temporary than a permanent immigrant!” An immigrant is always looking for a home, the further away they are, the stronger is their quest for a home.

Ultimately, I have been asked: “Where are you really going?” My answer is now: “Always home”.

Perhaps my mother would be happy to hear that…