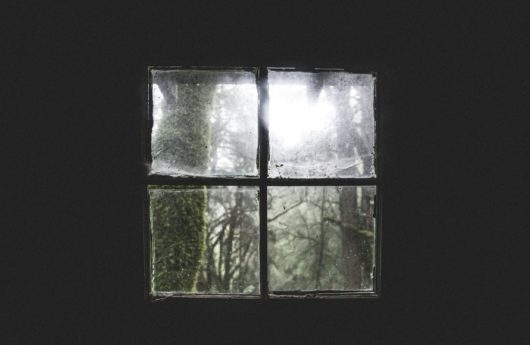 My window to home: the peepholes of a child

As a child, when I met with boredom I would often look out from my bedroom window, or, that of my parents. Sometimes, I would head onto the balcony to observe the world that lay on the other side of the bars and grates of the windowsill.

From the sixth floor of our apartment building, I would hang my feet in the nothingness that lay between the pavement below and terrace underneath me. I would let them dangle there in the emptiness. I trusted, somewhat unconsciously, in gravity; completely ignoring the constant warnings dished out to me by my parents from the dimly lit living room. “Don’t hang out over the balcony or you’ll fall”. My father used to express his anxiety with this phrase, “I don’t want to have to remember today”.

The windows and balconies of my childhood home, much like the intimate private boxes of a theatre, were peepholes into the world that agitated and pulsed oblivious of my presence. The life of the entire city gurgled away uninterrupted, day and night. I was the quiet, naïve voyeur.

From my shutters I observed much of the city centre, from the square to the sea, to the neighbouring countryside. When the breeze was right and the sky was clear I was even able to make out the white imposing outline of the central divide of the Apennine mountain range. Well, of course that was before buildings started sprouting, obscuring this stage-like view.

Every now and then I relive these moments and I see the ‘actors’ that had earlier paraded around before my eyes; there were the neighbours that used to lament the inadequate maintenance of the gardens and on the streets, there were the mums in a life feed from the beach, able to negotiate beach bags, chairs, umbrellas and boisterous children. In the apartment block courtyard there was an entire family methodically buzzing around a small pressing machine, using it to transform freshly picked grapes into slush, ready for fermenting.

On occasion, those balconies and windows ceased to function as ‘luminous passages into domestic monotony’ and became my personal playing field. One particularly sunny day, deafened by cicadas, my mother placed hundreds of San Marzano tomatoes on the floor of the terrace to dry, to later be transformed into sauce. Sadly, my brother and I had other plans. We positioned ourselves behind the railings and began hurling mum’s tomatoes as if they were grenades. That afternoon, the entire apartment block transformed into a medieval tower in which we barricaded and needed to fight to the death against the barbarians (in our imagination at least!). The street, the cars, and pretty much any other moving target copped a red San Marzano. My father’s inevitable rage, having arrived annoyingly on time to find his shiny Citroen Ds coved in tomato flesh, made for a glorious summer afternoon for my brother and I. It makes me think about how children today are constantly stimulated and entertained, meanwhile in my case, the lack of stimulation ignited my imagination and creativity.

As I grew older, the windows became a doorway to my own internal temple. If life took a negative turn I would look up from the glowing bustle of the city, ponder and then breathe the sea air nearby. I watched the sun set. During winter it disappears weak amongst the waves of the sea around five in the afternoon. Meanwhile, in summer the race lasts until eight thirty, as the sun dissolves in golden rays between two edifices in the front of my balcony.

Back home it was not uncommon that my father appeared at the window, whistling to attract my attention. The whistle was composed of two long reassuring notes, repeated until I responded with an acknowledging nod. For me, that sound was the siren of the lighthouse that warned and comforted sailors to remain vigilant and not to stop a few meters from home.