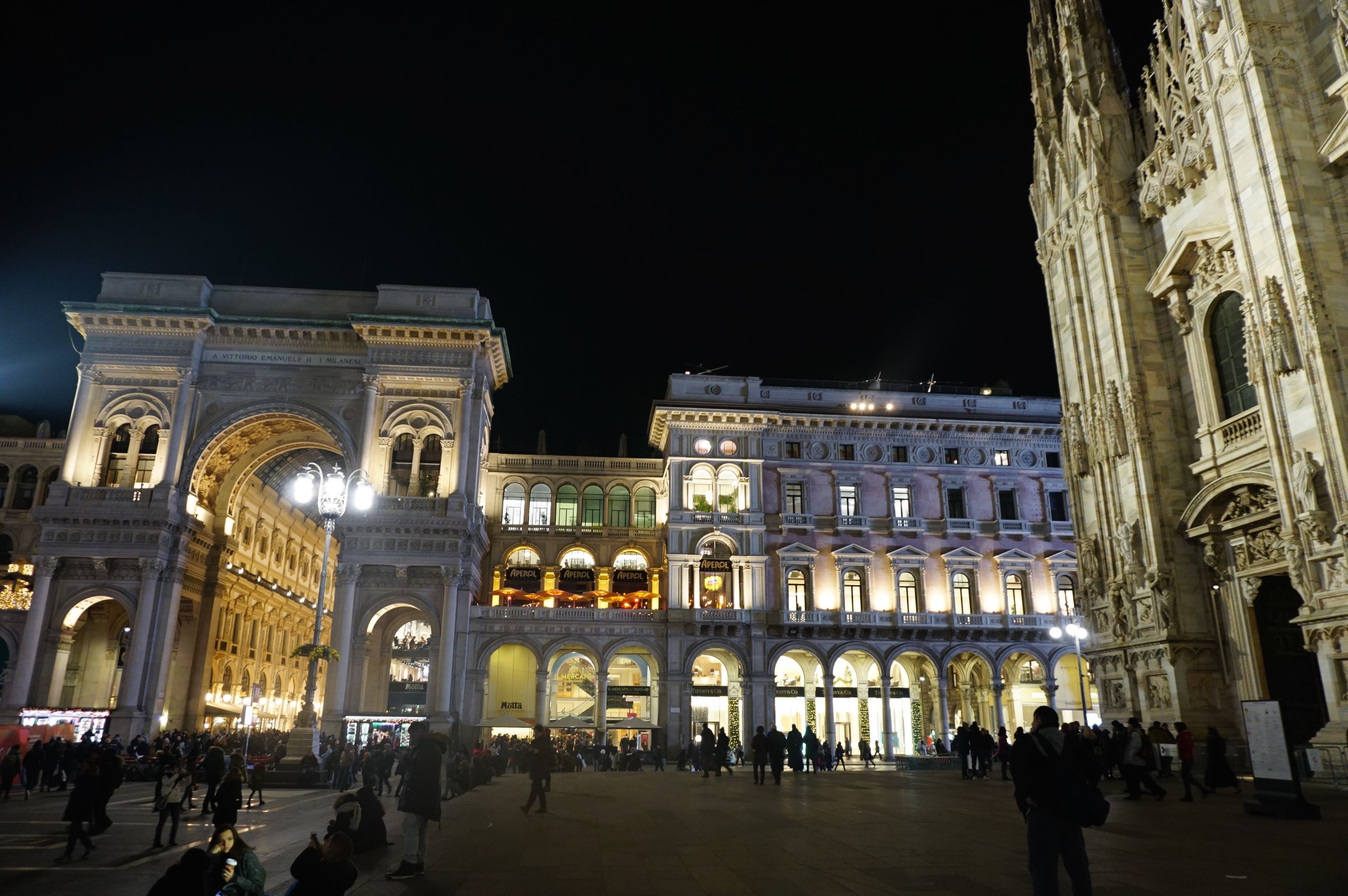 Christmas festivities in Milan began with the lighting of the Swarovski Christmas tree in Galleria Vittorio Emanuele II, Europe’s oldest shopping mall, and home to Italian fashion brands such as Prada, Gucci and Armani.

There’s also a tree in Piazza del Duomo, the huge square that’s the heart of Milan and home to its famous Duomo or cathedral, symbol of Milan and flanked on one side by the Galleria and on the other by art museums Palazzo Reale and Museo del Novecento. Last year jeweller’s Pandora sponsored the 28 metre tree, and this year it’s the turn of Sky Italia.

Gastronomical delights include filoni di castagne - strings of chestnuts soaked in white wine and smoked in the oven, mostarda, a condiment made from candied fruit and flavoured with mustard often eaten with boiled capon on Christmas Day.

At the Darsena, once the working port in the Navigli canal area (naviglio means canal) a Christmas village is set up with ice skating and markets. The area along the canals is now filled with restaurants and bars and is extremely suggestive at Christmas time.

The 7th December also signifies another Milanese tradition, the opening night of Milan’s world-class opera house Teatro alla Scala. The opera season used to start on 26th December. Yet in 1940 the date was changed and Maria Callas’s 1951 success in Giuseppe Verdi’s Vespri Siciliani (Sicilian Vespers) set the tradition. It’s the most important Milanese cultural event, part of the city’s heritage and with a guest list as exclusive as what the female guests are wearing. In recent years, the aim has been to make it as accessible to as many people as possible. This year’s opera, Umberto Giordano’s Andrea Chénier, will be shown live on TV channel Rai1 and transmitted to 27 places within the city including the Cesare Beccari prison and Terminal 1 at Milan Malpensa airport.

Milan is a city of elegant cafés and chocolate box style pasticcerie. And what better way to enjoy the season than with a slice of panettone, traditional Milanese Christmas cake, at exclusive addresses such as Pasticceria Marchesi or Pasticceria Cova at the heart of the Quadrilateral, its luxury shopping district. Accompany with a caffè, espresso coffee, or if you really want to indulge, hot chocolate topped with cream.