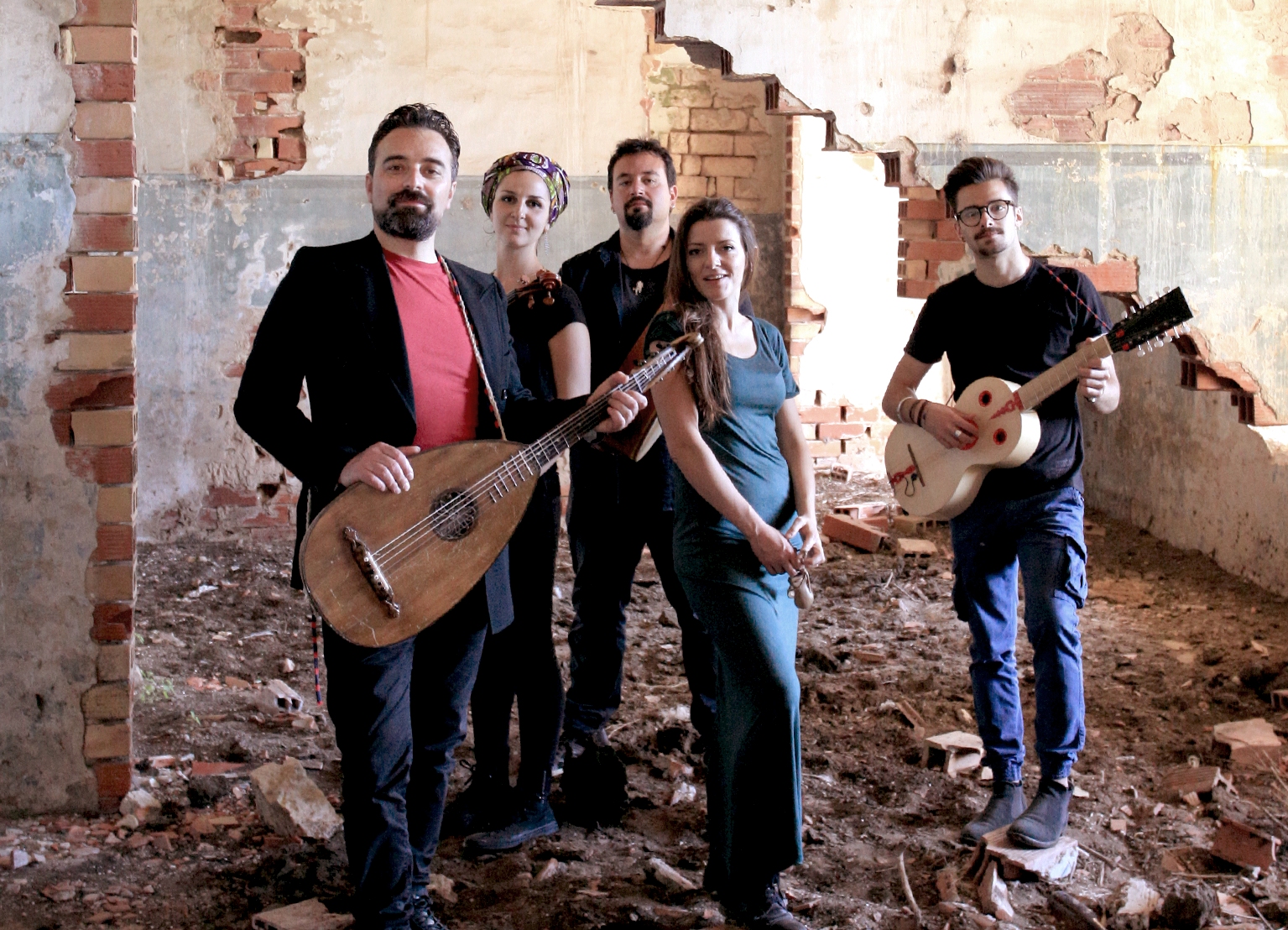 LET THE MYTHICAL TARANTULA BITE YOU

Dear readers, some of you have been to Italy, on a short trip, or a long one, or perhaps a semester at uni. You may have WOOFed your way around Umbria, or undertaken an Artist Residency in Rome. At some stage you certainly came to the stark realisation that Spaghetti Bolognese is not a thing.

You may have felt bad about your dress sense. Some of you ate too many carbs, drank too much red wine and fell off your bike on the way home (admit it). Some others hung out in the piazza until 3am and got swept up in the incredible, infectious Italian folk scene. ‘What?’ you said to yourselves, ‘No-one is singing That’s Amore here?’

Some of you have never been to Italy. You are world music enthusiasts and get your weekly dose of Pizzica from Roger Holdsworth’s Global Village on PBS.  You’ve actually never read Segmento before but whoever was sitting at your table before you left it open, and now you’re reading these words.  Yes, you (I like your haircut).

Some of you readers left Italy to come to Melbourne, because you wanted to open a mouth-watering pizza restaurant, start an events business, work at either DOC or Brunetti, or get as far away as possible from your parents. You’re having fun here, but every now and then you miss going out and having a big serata.

Well, to you, and all those other people I mentioned before, I say:

Come to the 2nd Edition of the Taranta Festival, it will be excellent.

Readers of Segmento will love it, because, like Segmento, Taranta Festival is a window into Italian culture as it is today, with a thriving, dynamic folk scene that is enjoyed by young and old, hipsters alongside their Nonni.

Also there will be carbs.

Here are the details.


The festival will take place in Melbourne from the 11th to the 15th of March. It will be headlined by international guests Enza Pagliara & Dario Muci. Now, those PBS fans know who I’m talking about. For the rest of you, these two are incredible, and played a huge role in the Italian pizzica scene as we know it today. Just come and watch them. You will be blown away by those voices.

Also headlining are Tarantula Garganica, hailing from the Gargano Peninsula. The name, a symbol of Apulian traditions, immediately evokes the rhythm of the tarantella, the ‘chitarra battente’ and the castagnettes. But this is not your Nonna’s tarantella! Its inviting sounds are inexhaustible sources of songs and poetry. Expect a powerful acoustic sound with a modern twist and a lot of dancing. Carmela Taronna from Tarantula Garganica will be giving dance workshops, so you can learn (get addicted to) another folk dance prior to their show.

Over the 5 days the Festival will also be showcasing heaps of local acts, and stimulating new collaborations between local artists like Allara, Daniel Jaregui, Kavisha Mazzella, Mirko Guerrini and Santa Taranta, endorsing the new project The Melbourne Taranta Orchestra that will be debut on Sunday 15th of March at the Festival Finale.

Also performing at the finale: Middle Eastern fusion band Zourouna, high-energy progressive Cretan band Delyrium, and nu-folksters The Rustica Project. Look out also for local favourites like Balkan marching band Opa Bato, The Banda Bellini as well as the Melbourne School of Tarantella, and look out also for the much-anticipated return of ex-Melbournian Davide Ierardi with his band Diluss, all the way from Basilicata.

ARIA winner and choir leader Kavisha Mazzella will also lead 4 days of singing workshops to create the Taranta Festival Choir that will be presented on the last day of the Festival as a special feature of the show.

Wondering where you’ll get your carbs? There will be a long, lingering, traditional Pugliese lunch on Saturday, with wine and live music from Italian artists Luciano Castelluccia and Peppe Totaro. There will also be a breakfast at Brunetti’s and a lunch at iPugliesi in Coburg with some of the artists on Friday.

Back at the Darebin Arts Centre on Sunday we gorge ourselves again, this time on live music, with the launch of the Melbourne Taranta Orchestra. This event also merges with the annual Darebin Meet the Makers festival. Home grown tarantella and home-made salami? A match made in heaven!

For you Segmento readers who hate sleeping and want to party all night, on Saturday the festival will end up at Joanie’s Baretto in Thornbury for a late night DJ set. Also a good idea if you want to dance off all those carbs. On Sunday night the closing party will take place at Oliva Social in Preston for drinks and a late-night Italian jam session.

The festival is made possible with the support of its presenting sponsors Co.As.It and Regione Puglia.

The full festival program and tickets can be found at: