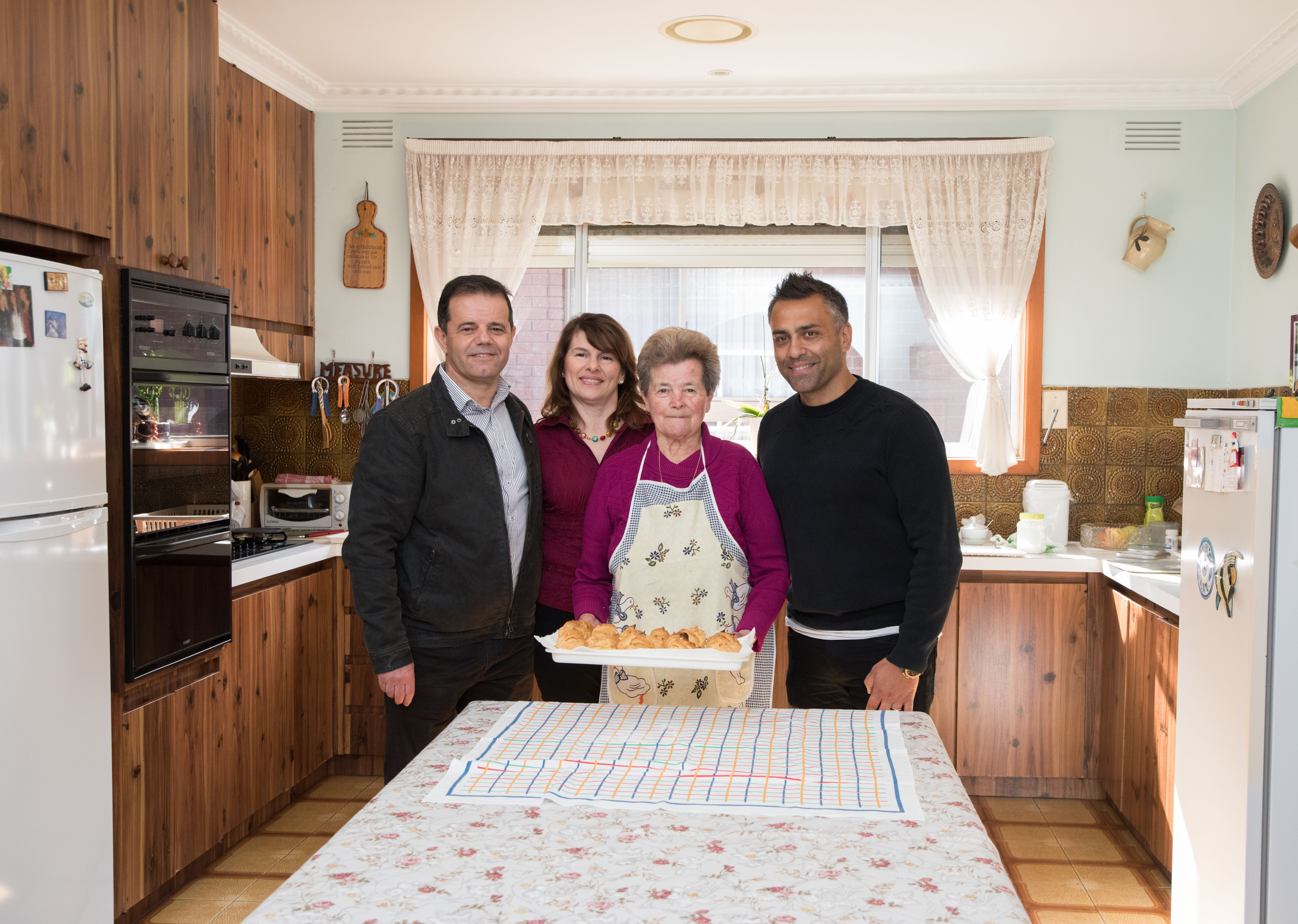 For the past three months I feel I have walked a very special journey with Gradi Group. Johnny Di Francesco and his team were on a mission to find three talented nonni, with whom they could build the exclusive ‘Piatti dei Nonni’ menu. (Photo Johnny Di Francesco with nonna Elena and family)

With a plethora of eligible candidates to choose from, nonne Rita, Concetta and Elena were chosen as the three winners, each contributing a timeless dish to the menu. The initiative, which celebrates so much more than Italian cuisine, highlights the timeless nature of true homemade nonna-style cooking.

I chatted with nonna Elena about her winning recipe for bignè, cream puffs, being the dessert course of the Gradi menu. What I had initially anticipated as being a 15-minute interview turned out to be 40 minutes, as we chatted away about her life, her family and her views on many hot topics. I felt as if I were chatting to my own nonna, who we sadly lost only a few months ago. After ending the call, I burst into tears, realising how much I miss my dear nonna, and how she has left a void only memories can attempt to fill. It was only when I sat down to make sense of the notes from my chat with Elena that I could truly appreciate how alike nonne are. Perhaps this is what makes them so precious; the same familiar sentiments about food and family time. It’s all the same. The same comments about the weather, what’s growing in the garden, analyses about failed salami-making attempts and recounts about what has been seen on ‘La Prova del Cuoco’. It’s all the same. And, it’s all so very precious.

‘When I was little girl my mum would make bignè’, Elena tells me. After migrating to Australia she struggled to make them the same as her mum’s. She knew the ingredients and the quantities required, however it was the working of the dough she couldn’t get right. It wasn’t until returning to Italy in 1973 for a visit to see her loved ones that she was able to perfect the delicious much sought after treats. She tells me that the recipe isn’t her own, it’s her beloved mother’s, conjuring up beautiful memories which she generously shared with me. I ask her about the recipe itself, which sends Elena into a detailed recount of how to recreate her amazing light as air bignè. She outlines, to the exact gram and millilitre, the details of her special dessert, all the while sat on the couch with no cookbook or notepad in sight. All from memory, all from the heart. She tells me that farina tipo “00” must be used to get the best consistency in the dough; it all comes down to precise timing and quick changes in temperatures. Urging me to follow her directions to the letter, she continues to give me tips and tricks to ensure the most successful outcome.

All the while, as Elena is chatting away, my heart is bursting with love. I am in awe of her passion and dedication to doing the little things ‘just so’ and ‘as they need to be done’. It’s that attention to detail and pride in her work that I think is sometimes lost in today’s society. Elena shares with me that an injury to her left arm has inhibited her ability to mix the dough by hand, as she has done for so many decades. Now, she laments, it’s done using an electric mixer. ‘Now, you need to be careful when you’re putting them in the oven, at 180 degrees, and don’t open the door! Cook them until they are beautiful, coloured like gold. Now, if the dough hasn’t been worked well, they won’t have the ‘hole’ in the middle.’ She’s so serious in her advice, it’s as if the fate of the world rests on the successful rising of these sacred puffs of pastry. And, I guess in a way, it does. To so many nonne, cooking is symbolic of their love and dedication to their family. When something goes wrong or isn’t up to their extremely high standards, they do get frustrated and anxious. It’s understandable, as so many nonne feel it’s their role and duty to serve, protect and nourish their loved ones. When it goes wrong, they take it personally.

I ask Elena how she came to be part of this wonderful initiative with Gradi. She laughs, telling me that her granddaughter nominated her, with only half an hour remaining before the close of submissions. It had been more than a year and a half since Elena had last made her beloved bignè, but she tells me that that day something popped into her head to make them. With a tray of her special treats ready to go, and with the click of a camera, Elena was on her way to sharing her wonderful dessert with the Gradi community. ‘Two days later’, she laughs, ‘they accepted me’! I ask her if she thinks it was fate or destiny that brought her to the competition, to which she admits, ‘Yes, perhaps’!

If you would like to enjoy the ‘Piatti dei Nonni’ menu - including Elena’s famous bignè - currently on offer exclusively to Gradi Crown, you have until Saturday September 14th.