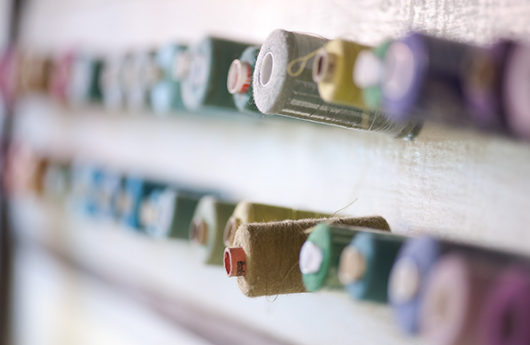 Life can be drenched of delightful surprises if you only have the will and tenacity to look for them. Moments of pleasure in fact lie around the corner so just be open-minded and explore! Which lately is exactly what I have been doing in order to uncover the best story to tell you and make you happy.

My narration this time will focus on Sartoria, a trendy but down to earth café in Preston that only a few months after its opening has established itself as one of the most popular Melbourne’s eatery. It’s big in terms of space and believe me if I tell you that I found it almost packed on a Monday morning!

What attracts inveterate urban explorers and fanatic foodies is its innovative and exciting selection of dishes and drinks, and the tale behind its particular atmosphere which reveals itself as soon as you step in.

Creator, owner, and managing director is Adriana Agricola who after treating me with a selection of delicious bites and tantalizing beverage, unravels the thread of a story that starts with the migration of her parents, Giuseppe and Carmela, from Sicily.

They both boarded a ship to Australia, each with a cardboard suitcase filled with dreams and expectations. Once in Melbourne, the Agricola spouses gradually built up and ran from the 70’s through to the 90’s a successful sartoria, the J & C Agricola (tailor) factory, specialised in dressmaking, bridal and evening wear. Adriana’s mother played a key role in the development of the business, being a professional tailor and dressmaking teacher who handed down her art to dozens of European migrants looking for a job ‘Down Under’.

In an attempt to collect more info and anecdotes about the family history, I skype-called Giuseppe, or Joseph if you like, now retired in his Sicilian hometown. We chatted a bit recalling all those beautiful memories and factory-related episodes and burst out laughing about the fact that none of his four kids knows how to sew, despite their mother being a former sewing teacher! Which doesn’t surprise me as I grew up with my grandma and mum always bent over the sewing machine especially mending my jeans, but no skills gained by me!

Adriana spent most of her childish post-school afternoons in her parents’ factory and tried herself, for fun, to make a few dresses, but once an adult her ambitions and curiosity led her somewhere else, around the world. Sydney, London, and 15 lively years in New York have shaped her sparkling personality and boosted her creativity. Trained firstly as a professional actress, the Big Apple introduced Adriana to new exciting ways of making a living out of hospitality and event management where fashion, food, and art were the hallmarks, often enriched by a VIP touch.

She returned to Melbourne to pursue her own very personal project: purchase her parents former factory, renovate it, and turn it into this cosmopolitan and modern café-eatery named, in honour of her roots, Sartoria.

To create Sartoria, Adriana invested all her energy. “A work of art and heart whose realisation took me more than one year” she stresses. “There’s a reason behind every single detail, decor, dish or beverage. My concept is to be innovative, artistic, and unique”.

Characteristic of her creation is its romantic look recalling the warehouse glorious past. Like a museum in motion realia from the old factory are displayed like artwork: sewing machines, school chairs, mannequins, fabrics and lace, scissors and so on.

Amidst this evocative scenography, customers can indulge scrumptious dishes and exotic drinks from a menu where international influences, Italian, Asian, Australian and New Yorker mix harmoniously together to suit and please any kind (really) of dietary inclination.

Back on Monday morning I was moaning in excitement over a Bloody Mary garnished with fresh horseradish and a breadstick with crisp prosciutto when I started chatting with of bunch of pretty, curious girls as thrilled as me about Sartoria. One of them, named Sofia, looked at me with the brightest eyes and said: “This place is so original!! My own dish is… so original!!” She was filled with amazement like many of those who visits this place for the first time. So don’t hesitate and take yourself to Preston for a “tailor-made” brekky or lunch at Sartoria.