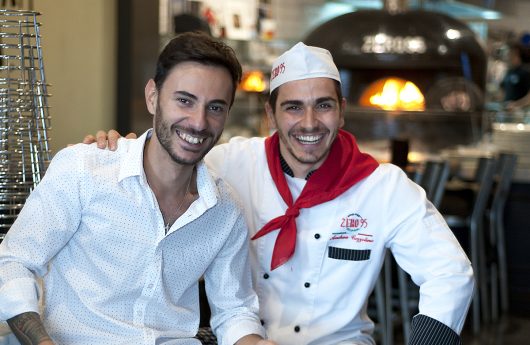 The romance behind Zero95

The intention of this article is to bring attention to something that, in my humble opinion, is the most important, enduring aspect of the human experience: true friendship. That combination of unconditional love and affection that, according to an old Swedish proverb, doubles a joy and halves a sorrow.

I was surfing the Internet a few days ago trying to refresh my memory about literature’s most famous friends. Frodo and Sam, Tom Sawyer and Huckleberry Finn, the Three Musketeers, Sal and Dean from Jack Kerouac’s novel “On The Road”. They all go through epic episodes showing reciprocal loyalty at every turn.

That was how I came across this super fascinating new word: bromance. As you can see from the above title, I thought it was such a cool term that I decided to borrow it.

A bromance is simply the intimate bond between two (or more) men, which brings me to the success story of Zero95, and the friendship it was built on.

Zero95, once an anonymous solarium, is now a bustling woodfire pizza-bar in Doncaster East.

It’s always packed with people, so I took my Melbournian Aunt to find out the secret to their success. Despite her intentions to stick to a post-Christmas diet, Auntie J. enjoyed a guiltless overdose of awesome food, from entree to dessert.

“The best place I have ever eaten!” was the verdict “Spot on, Laura!”

Zero95 use the best and freshest ingredients, and the magic of a wood-fired oven, built back in Naples and shipped by boat through several storms to finally arrive in Melbourne and provide our city with Pizza Napoletana! To arouse your curiosity even more, I can confirm that around 8 or 9 pm, a couple of Mediterranean elves in white suits and little hats make pieces of dough fly and dance. Pizza Acrobatics.

The elves are the owners, Ciccio and Andrea. They are best friends and they are proving the strength of their bromance on the most dangerous ground, in business, where every decision is shared. Long hours, massive stress and the constant challenges of running a business have not been enough to break their special bond. Ciccio and Andrea have instead a mutual enthusiasm to do more and do better, and to continue complementing each other in their professional skills and personal qualities. “Nothing is gonna defeat us!” they say.

To think that Ciccio and Andrea met just three years ago. A random meeting of two Italian expats turned into a strong friendship from which Zero95 was born. Since then they have been sharing time, dreams, passions, ambitions and fears on a regular basis.

I asked the friendly employees of the restaurant a few questions, trying to dig up some dirt on the pair, to no avail! “We have never seen the bosses arguing” the staff confirmed, and I don’t think they were just looking for a pay rise. “We all feel equally part of the team.”

The next day, Auntie J. asked her husband to play the lottery. She was hoping for the jackpot that would allow them to hire Andrea and Ciccio as personal chefs. Still waiting for a win, all we can do is keep frequenting Zero95, probably for my upcoming birthday, to share a great pizza (and more) with a group of true friends.

The young Francesco Crifò and Andrea Cozzolino (eighth place in the last Pizza world championship held in Naples) have more than a decade experience in hospitality and pizza making. One day, back in Italy, someone asked them a single, dispassionate question: have you ever thought about moving to Australia? Soon after, they landed Down Under, “Not even a word of English”, Andrea underlines, an obstacle quickly overcome, not preventing the two buddies from finding a job in some of Melbourne’s best restaurants. Beyond their business Zero95, their goal is to share the secrets of a true Pizza Napoletana, providing private and group masterclasses for Pizza lovers.