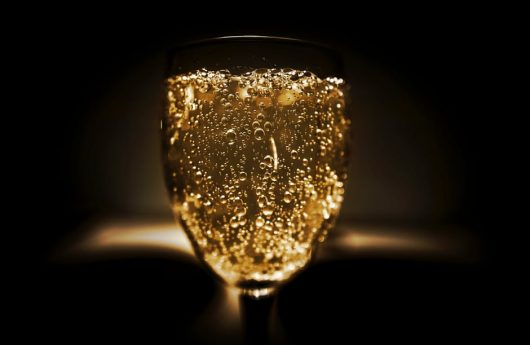 The "bubbling up" of Prosecco in the Australian wine market

As the demand for Prosecco continues to grow in Australia, despite the news earlier this year of a shortage of supply in the UK due to its limited production in a geographically defined area in Northern Italy, we can expect that the tide will turn yet again for the popular Italian bubbles.

In fact, I predict that the market will ‘puncture’ or bottom out in 2017. The drinks business has started to really take note of what is on trend out of pure necessity to stay on trend, and it attempts to deliver as soon as something is on the radar. As we know to be true of any industry from drinks to fashion and film, trends come and go, and the staples always remain.

A case in point is frosé. Driven by social media posts that tell us this is what we should be drinking right now, the drink, which is essentially frozen rosé—often blended with strawberries, and adding wine, and grenadine, and fortified with a shot of vodka—has no doubt shot the sales of rosé right up in the second part of 2016, and will continue to do so into the warmer months of 2017.

Serious drinkers like to be seen on trend, especially bar bloggers, lifestyle writers, and enthusiastic “Insta-famous” folks who want to demonstrate they know what is on point in the beverage world. Importers, wholesalers and suppliers also like to deliver what they want, or risk being seen missing the mark. And missing out on sales.

American sparklings are also hitting the Australian market. While champagne makers in California are plentiful—Taittinger, Roederer, Mumm, and Moet Chandon all have outposts there—conditions in California are vastly different to standard champagne producing conditions in France, and US sparkling wine producers need to seek out the coolest regions in sunny Cali. Oregon, Finger Lakes, Carneros and Anderson Valley are locations perfect for the production of Americana bubbles.

Essentially, wine lovers are becoming more and more educated. They are understanding the versatility of wine and relinquishing traditional rules such as white with fish, and red with steak, although those palate ‘rules’ do often work with good reason.

The evolution of Prosecco in Australia, the demand for it, and a new familiarity with what it is will see more drinkers embrace Prosecco beyond its traditional role as a special occasion wine.

In line with the relative ‘frenzy’ in the UK – where in 2014 Prosecco was outselling champagne – there was a 55% rise in sales compared to the previous year, and 12 million bottles sold by UK retailer Tesco alone. The excitement will eventually die down, and when the bubbles dust settles, we will see if the drink becomes a staple in its category.

Next came the concept of the ‘Prosecco Socialist’—derivative of the ‘Champagne socialist’, a pejorative political term originating in the UK to describe socialists with upper middle class lifestyles thought to be incompatible with their political convictions. Singer Charlotte Church has described herself as a “Prosecco Socialist”, referring to the increasing popularity and lower price range of this Italian quality sparkling wine.

Whatever its origins and pop culture references, the term taps into the view that Prosecco is a more affordable option than its French competitor, which is precisely what has contributed to its commercial success.

So, even if the ‘global shortage of Prosecco’ continues, with a ‘too-high’ demand and a relatively recent poor grape harvest, we think this will even out and make way for the next drinks trend. And PS: there is no such thing as an Australian Prosecco. A conversation for another time. Over drinks.