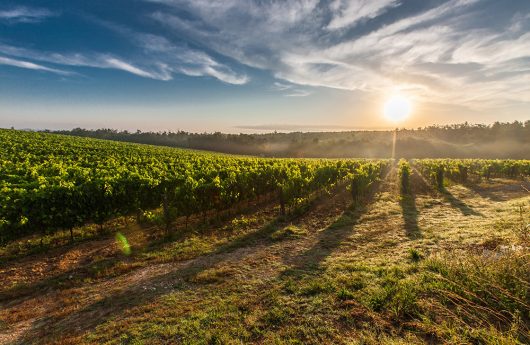 Italian genius and sweat. The rise of Italian wine from the ashes of the methanol scandal

We begin this overview of Italian wine with some numbers. In 2016, Italy conquered as the world leader in wine production. Estimated at around 50 million hectoliters, they overcame archrivals France and Spain: a triumph from many points of view.

Wine is Italy’s main agricultural export and, in part, is trolling through the industry as a true ambassador of Made in Italy. 40% of this production is made up by 332 wines of ‘Controlled Origin’ (DOC), a further 73 wines with ‘Denomination of Controlled and Guaranteed Origin’ (DOCG), and 30% from the 118 wines IGT (IGT). Meanwhile, the remaining 30% is made up of table wines of the highest quality. This has definitely changed the cliché that Italian wine is cheap and French wine is chic.

Surprising is the performance of ‘tricolor’ wine in the houses of other major manufacturers, with purchases in Australia at a staggering +14%, followed by France + 5%, the US + 3% + 1% and Spain. In the transalpine country, home of champagne, Italian sparkling registers a double-digit increase of + 57%. Translated, one could say that more bottles of Italian sparkling wine have been uncorked than French champagne.

Exports reached a value of 5.4 billion, an increase of 575% compared to thirty years ago when they had amounted to just 800 million euro. 1 in 5 bottles of wine exported worldwide is made in Italy.

The recent history of Italian wine is punctuated not only by successes, but also areas of shadow. The dramatic turning point came on March 18, 1986 when, launched thanks to ANSA, the first three cases of death from methanol poisoning were reported in Italy. It was the beginning of the most sensational scandal of the Italian food industry. Methanol was used to increase the alcohol content of wine and a “flexible” legislation had allowed an almost excessive level. Within a few weeks, sixty companies were involved, more concentrated in the Central-Northern areas of Italy. The toll of the methanol wine scandal on victims was heavy: twenty-three people died, others were left blind or developed permanent neurological problems, and thousands were poisoned.

The economic damage was catastrophic. Wine exports were blocked around the world from the US to Germany. Italy’s name was likened to adultery and risk of death. Sales plummeted and dozens of companies failed. The image of Made in Italy food was dramatically compromised worldwide. It was March 18, 1986 when the Italian wine industry fell to its knees.

The years that followed were marked by a complete overhaul; a simple upgrading of the system was not enough. The scandal enabled tabula rasa, or a ‘clean slate’, making it easier to restore the supply chain and industrial systems with greater focus on quality production methods. It needed a different philosophy in order to appear stronger and more credible than before.

Winemakers and agronomists began a slow rediscovery of native vines that represent the extraordinary richness of our wine. Because of this, Italy has the largest variety of indigenous grape varieties in the world, crediting itself as the country with the greatest “biodiversity”. There are 600 different varieties of vines, of which 350 are grown in significant number. France has a population of 220, but in fact they are less than a dozen, as white and red make up almost all of the wines.

Alongside this natural wealth, experts have matched the quality of winemaking methods. New high-tech wineries with old world charm have opened, and the creation of international events has lead thousands of people every year to visit the vineyards to taste chalices in the “Open Cellars”. This has intensified communication and improved the overall image of Italian winemaking. Similarly, this has seen the opening of thousands of high profile wine bars around the globe, allowing great Italian restaurants to climb the summits of the world’s leading guides, taking Italian food and wine with them to the top.

With brilliant intellect, lots of sweat, and thirty years after the scandal of methanol wine, Italy has climbed the rankings as the world’s biggest wine exporter. Victor Hugo’s famous words come to mind, paraphrased as: “God made only water, but Italians made the wine.”