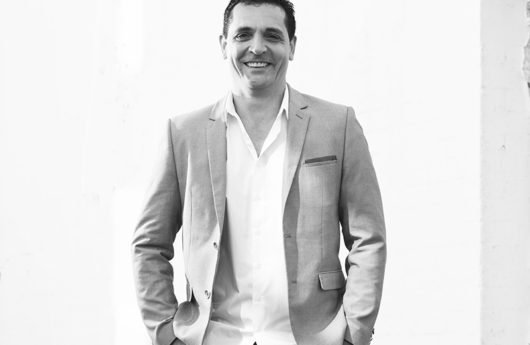 Here comes the wog with the good grog!

Robert Dessanti is the director of the wine importer company “Euro Concepts” and parent consumer brand “The Wog with The Grog”. While the word ‘wog’ has lost the derogatory connotation it once had towards South Europeans and ‘grog’ it is a very Australian word used for alcohol.

Robert recalls that people used to be taken aback by the pairing of the words for a brand. But a few years in, “The Wog With The Grog” is now very much a visible part of the beverage industry.

“Almost three years ago, I founded this consumer-focused company I named “The Wog With The Grog”, which I coined from friendly jibes from fellow wine buffs who’d see me turn up at trade events, and yell out: “Here comes the wog with the good grog!”

I remember thinking: “That’s a highly marketable brand, right there. At a base level, it says who I am and what I do, and will always be an ice breaker when I introduce it to a conversation. I was right. People will almost always have a chuckle, and really embrace it immediately. I think it takes guts to identify with a heritage that, while it has almost always been respected in Australia, the ‘wog’ moniker was not, in the past. Now, it is, and is said in genuine jest, and as a compliment.”

Robert’s heritage is from the north: his Italian-born parents are from Piemonte and Friuli. Whatever the geography, Australian-born Robert was keen to stay close to his roots, and uphold that very Italian approach towards one’s heritage. Where Italo-Australians proudly extoll their virtues, and do so by creating cooking classes to get people cooking the way their nonna did, or holding wine masterclasses on various regions, or making a constant pilgrimage back to the motherland, even visiting the streets and homes where mamma e papà grew up.

Robert did just that, and joined a group and became president of the “Giovani Giuliani”, an association of young men and women who headed back to Italy once a year, and immersed themselves in the culture of their parents.

Says Robert on his passion for all things Italian: “I live with passion in everything I do. My passion for Italy – for its culture, food and drinks – is innately part of who I am. I am always longing for the day I return for my next visit – and I travel to my parent’s motherland annually. I ascribe this obsession to my family’s culture. Watching my mother and grandmother in the kitchen formed the basis of my love for cooking and creating. It made me question where ingredients were from, how they could be best used, how to cook and present the very best meal possible.”

“This was later fuelled further by my very first visit to Italy at the age of 14, when I discovered the true meaning of food, culture and “La bella vita.” I was hooked on and enamoured with the country and its people, and how they approach food and drink and life.”

“My passion for cooking, is, I believe, not only propelled by my heritage, but also by feeling that I have a responsibility to the culture, to deliver good food and wine, which in turn is served up to consumers via the wine and food brands we import. The various incarnations of wine and food from the Italian culture, thanks to the different regions all fiercely represented in Australia, provides us with unlimited possibilities to give the end user, and this is what makes me love what I do for a living. I always see great possibilities for it, too. I am always eager to create my next masterclass, my next event and show people what Italy in Australia is about.”

Robert’s background in food and wine has criss-crossed food and beverage many times. He took over the ownership of a Sydney pasticceria, turning it into an even bigger success. He has managed top international hotels in his role as food and beverage manager. He continues to consult for restaurants by providing advice to restaurateurs as they open a new business, attempt to turn around a failing one, or consider major changes.

While the “Young Giuliani” group may now be defunct, its raison d’être still lives on in all of the members: no doubt as restaurateurs, and wine bar owners, and pastry chefs, and more. Continuing to spread the message on the Italian culture, they may well instead be accountants or office managers, but they all have one thing in common: whether they are taking the best angled food photo with the most flattering filter, or mixing up the best Negroni for Australian friends who come around for the full Italian cena experience. It’s their heritage they continue to present in a glass or on a plate, which keeps all that is Italian alive and well.

Robert continues to uphold this, sharing his passion for fine wine with connoisseurs and novices alike, and making it his life’s work through the wholesale and distribution company “Euro Concepts”, and the consumer-focused brand “The Wog With The Grog”. Whether people get the pun or not, is irrelevant for Robert. ‘Wog’ has become a term of endearment for South Europeans and is now part of the Australian vernacular. It could even be used as an acronym for ‘Wine Of Genius’.