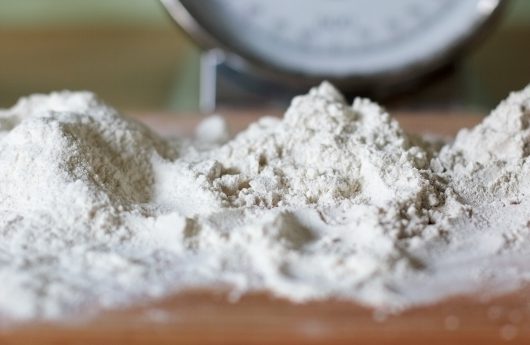 For those who do not have clinical condition is gluten-free a wise choice or a myth to debunk?

In recent years there has been an increase in nutritional awareness with many people now following certain diets and food-based lifestyles. This has forced restaurant owners and food manufacturers to meet an ever-increasing demand for products dedicated to specific dietary requirements.

Ausfood.com.au reports that the gluten-free section is the core leader in the specialised health food market. According to research undertaken by Innova Market Insights, a company specialised in food and beverage analysis, the consumption of gluten-free products arose by 18% in 2015-16 and among all the new products launched every year in the US, over 10% are free from gluten.

So who has created the need for these products? Among them there are certainly those with a physiological inability to process gluten (a clinical condition called coeliac disease), but also many who believe a gluten-free diet is beneficial to their health.

In the absence of coeliac disease, is this really the case?

Nutritionally speaking, gluten is neither a fat nor a carbohydrate. Another common misconception is that gluten is a physical part of the wheat plant. Actually, it is a protein complex composed of two basic proteins: glutenin and gliadin. These proteins become intertwined, forming what in jargon is called gluten web (or mesh), a precious grid that provides unique elastic and resistance properties necessary to make dough. At a molecular level, gluten is not that different from other common protein complexes. Why, then, the belief that gluten is difficult to digest? And why do so many people feel bloated after eating pizza?

IS GLUTEN AT FAULT?

Having spent many years researching extra-long rising doughs, I am aware that two apparently similar pizzas can be very different from a nutritional point of view. The secret lies in the kind of sugars ingested through that pizza. As hours pass by, a batch of dough evolves considerably on a biochemical level as a result of the activity of the enzymes alpha-amylase and beta-amylase (the main enzymes that break down starches). These enzymes need a minimum of 24 hours to transform those large, heavy molecules into simpler ones. In other terms, if you knead flour, water, yeast and salt, you let it rest for a few hours and cook it, you will ingest a huge amount of heavy starches that your stomach will have to break down with a rather complex digestive process. If the dough rests for at least 24 hours prior to cooking, the enzymes have enough time to turn a good amount of those heavy starches into simpler sugars such as maltose (a disaccharide sugar composed of two molecules) or even better, glucose (a monosaccharide sugar composed of a single molecule). In the case of an extra-long rising process (over 72 hours) you will basically have pure glucose, the simplest molecule of sugar found in nature, which can be directly assimilated by the body without our stomach having to perform any activity. In other words, it would be like drinking a glass of water and sugar: steady energy pushed straight into the blood with hardly any digestive process. That’s what really makes the difference.

So if you feel heavy after eating a pizza, don’t blame the gluten, blame the pizza chef!

If you do not have a clinical condition and you believe that following a gluten-free diet can be beneficial to your body, remember that the scientific community has drawn no conclusions from the hypothesis that gluten is unhealthy.

On the contrary, many replacement gluten-free products may be. Gluten has unique plastic properties in nature: it can confer resistance, tenacity and elasticity to the dough. In gluten-free flours, these characteristics are drastically reduced, forcing manufacturers of gluten-free products to use thickeners and additives such as agar (E406), guar gum (E412) and xanthan gum (E415) to try to tackle the structural fragility of gluten-free doughs. In many cases soy flour is also used, in order to improve the mechanical resistance of the dough by means of a higher protein ratio. 90% of the soybeans produced in America (one of the leading exporters in the world) are genetically modified varieties. Best case scenario, the mechanical peculiarities of gluten are replaced with potato starch, corn starch or other heavy starches which are very difficult on digestion, unless the dough rests for many hours.

In conclusion, unless you are affected by coeliac disease, replacing gluten with a huge quantity of thickeners, additives and heavy amids, does not seem a wise nor healthy choice at all, does it?