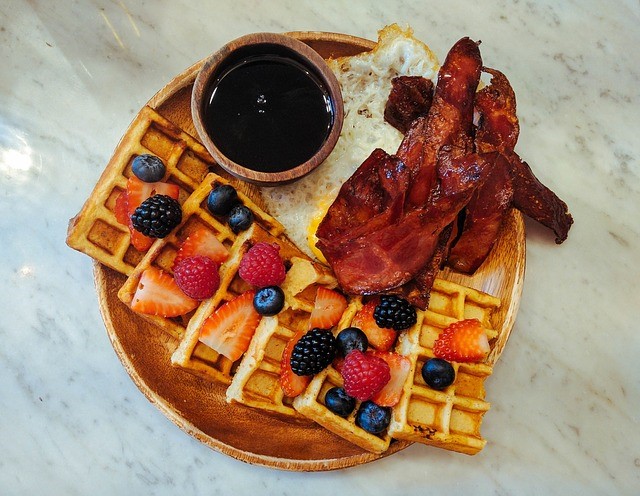 Flexitarian diets are here to stay and here's why

First it was vegetarianism - which was trending for quite a few years - then came veganism - the ‘pure’ form of non-meat eating by virtue of the fact that it also excludes any product derived from an animal. By the year 2050, the world is likely to have a population of over 9.1 billion.

We're being told that, in order to conquer climate change, this mass of people will have to move towards a plant-based diet. And conquer we must, to avoid catastrophe. But as with all things extreme, if history has taught us anything it is that doing something by absolutes is not sustainable. Enter flexitarianism - the happy middle ground that Forbes says has stepped into this year's spotlight and is here to stay.

What the sceptics say

Flexitarian is defined as following mostly a plant-based diet. It gained huge traction thanks to mainstream celebrities such as Jamie Oliver who made vegetables sexy and meat-free Mondays a ‘thing’ (aspirations of getting meat-free Wednesday, too, seem promising). It has obvious advantages not just for individuals who’ll find their bodies more alkaline and nutrient-filled, but for the planet. This is because the result is a reduction in emission- and water-intensive meat-farming practices. It is arguably much easier to get the majority of the population to forgo meat on some days, than to do so every day.

Yet sceptics don’t see flexitarianism as a legitimate movement, rather as a way out for people with commitment issues. They say flexitarians are failed vegetarians who can't quite follow through. This ignores so many nuances and obvious issues but, suffice to say, it doesn’t highlight the positive: this is probably the fastest growing dietary regime in the world and, far from being failed vegetarians, its followers are generally planet- and health-conscious people.

Why the movement is here to stay

Because flexitarianism is fluid, it is an easier transition to a way of life that is less harmful to the planet and to our health than cold-turkey (so to speak) vegetarianism or veganism. While it’s comforting to know hearty and delectable vegetarian food is never more than a mouse click away, you don’t have to beat yourself up about the occasional burger. Now you can have your power-fruit filled acai bowls and your occasional bacon sandwich, should you be so inclined.

Not only that, the flexitarian movement is making a difference worldwide: retailers have responded to by stocking food shelves appropriated for meat-free Mondays and restaurants globally have embraced this menu-wise too. It is estimated that 30% of the world’s population is now officially 'flexi'.

So, however much flack flexitarianism is sustaining, take heart that you’re now part of the world’s second-biggest category of people by eating trends, the biggest being meat-lovers. The impact you’ve had on the planet, other people, health trends and more cannot be overstated. And, at an estimated conservative growth rate of 10% per year, it won’t be long before the movement you’ve embraced isn’t known as anything other than just simply the norm. Stick that to the sceptics.