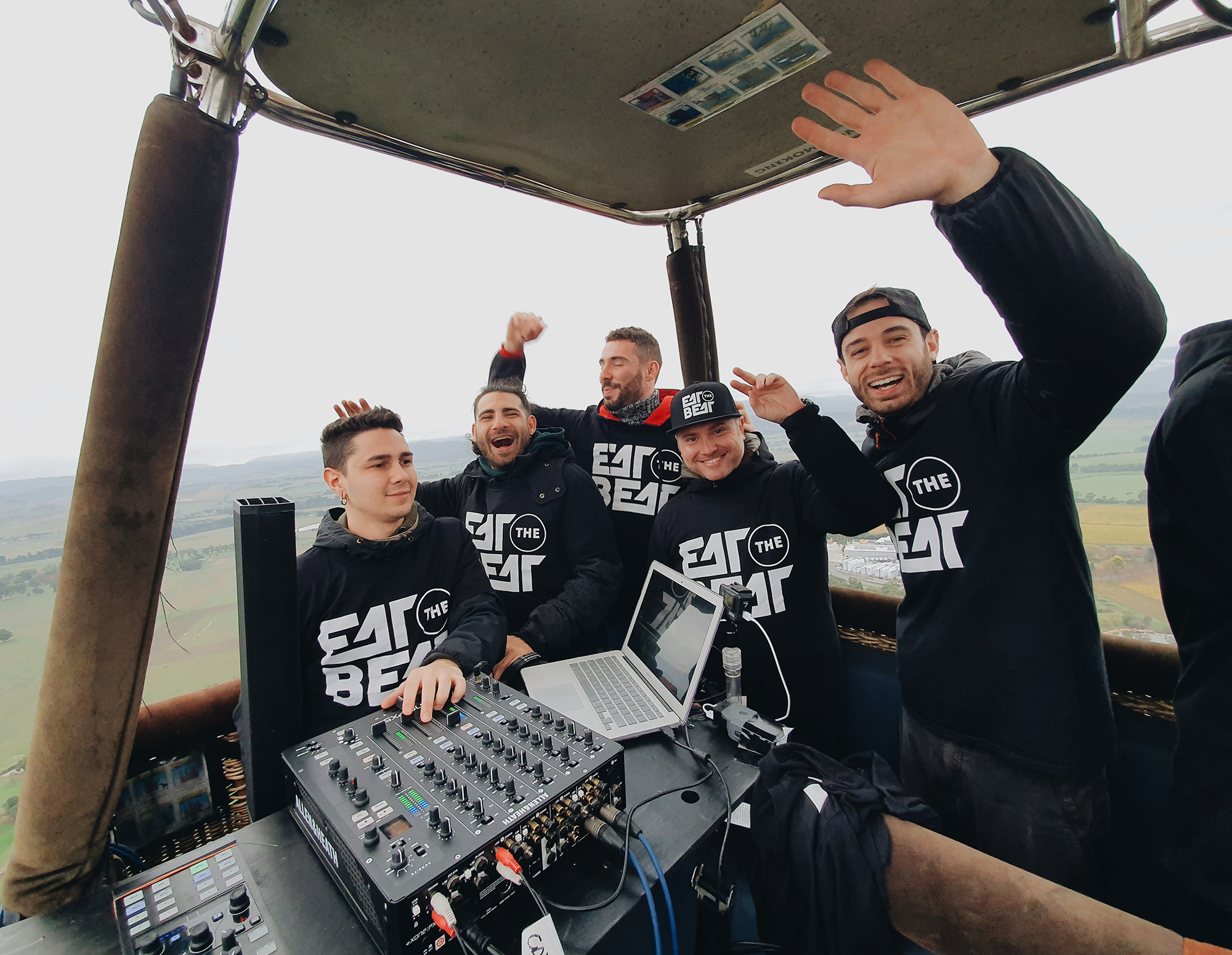 One sunny Saturday Melbourne afternoon in January 2017, tickets to the final ‘Eat The Beat’ party sold out. Italian entrepreneur Matteo Belcore had, in a relatively short time, risen from obscurity to ubiquity in Australia’s night life scene. (Photo - The Eat The Beat Team. From the left: Etwas, Andrea Guadalupi, Matteo Belcore, Chris Mattó and Matteo Freyrie)

It’s well-known that Italians have a sacred tradition of using food to connect with family and friends. Matteo has fused this beautiful rich heritage with his passion for music in creating the brand ‘Eat The Beat’ - a music and event management agency. He has cultivated a huge following for European house-electronic music in the Melbourne club scene and secured tours for famous international DJs from cities like Ibiza, Los Angeles and London. Today, Eat The Beat operates not only in Melbourne. This year the team will travel to Europe for a summer tour, followed by India in September.

Belcore’s success, for some, is unsurprising. Techno music is the most influential genre of the century. Its defining elements—synthesizers, keyboards, samplers, drum machines and sequencers are now echoed in pop music around the globe. Matteo Belcore, however, is not a typical entrepreneur.

At the age of 13. Matteo discovered a passion for partying in his hometown of Roma. By 18, he became a club promoter, organising music festivals all over the city. However, whilst starting to find his feet, the Italian economy experienced a tumble and Matteo, like others within the local music industry, began to struggle. He left the music-party scene to join his father in the insurance business, but it didn’t take long to realise he wanted to reconnect with his passion. He came up with a new strategy, studied the Australian market, and saved up some seed money. Australia felt like the perfect place to rebuild a beautiful new life. He moved to Melbourne in June 2015.

‘The process has been a roller coaster of ups and downs, that has caused me to go bankrupt three times in my life,’ he says, ‘But I learnt from my mistakes and I risked everything to make my dream come true.’

It took time, but Matteo had something unique and different from what every other club was playing: his Italian epicurean heritage, and an intimate understanding of the power of contemporary techno music. The community grew quickly. Eat The Beat’s events became the place for friends to meet up, catch up, eat and party. The crowds were finally feeling the love and passion that Matteo and his team were pouring into the parties.

In 2016 he funded a party and an after-party to follow.

‘Every time I went back home after the party at 5am, I used to find a group of people waiting at the entrance of my place because they wanted the party to continue,’ Matteo says. The first after-party took place over an ANZAC weekend at a time when nearly all other venues were closed. Being the only ones open, they ended up with hundreds of new followers.

Eat The Beat was, however, running into the same old challenges of the techno music genre. Club owners who weren’t giving them enough space, musical freedom and patience to build their brand were making things difficult. Deeply unhappy, Matteo decided to give up his big dream and organised a final party to end it all. Surprisingly, it was a huge success and the venue manager was impressed. Every party since has been sold out.

Eat The Beat has become an example of modern Italian success within the Australian music industry. Impressively, the agency has even started one of the world’s first DJ apprenticeships which has garnered the attention of RAI (Radiotelevisione Italiana). The team is now made of a close-knit team of like-minded people who believe in Matteo’s vision, most of whom he met over the years on the scene.

With the warm reception, amazing cuisine and family-style community, Eat The Beat is something new and different to the typical all-night party. Matteo is hoping to expand to other Australian cities like Sydney, Adelaide and Brisbane. ‘You can do it, as long as you want to take risks and are very passionate. I’ve always been very passionate about what I do, and I think it shows in what I do.’