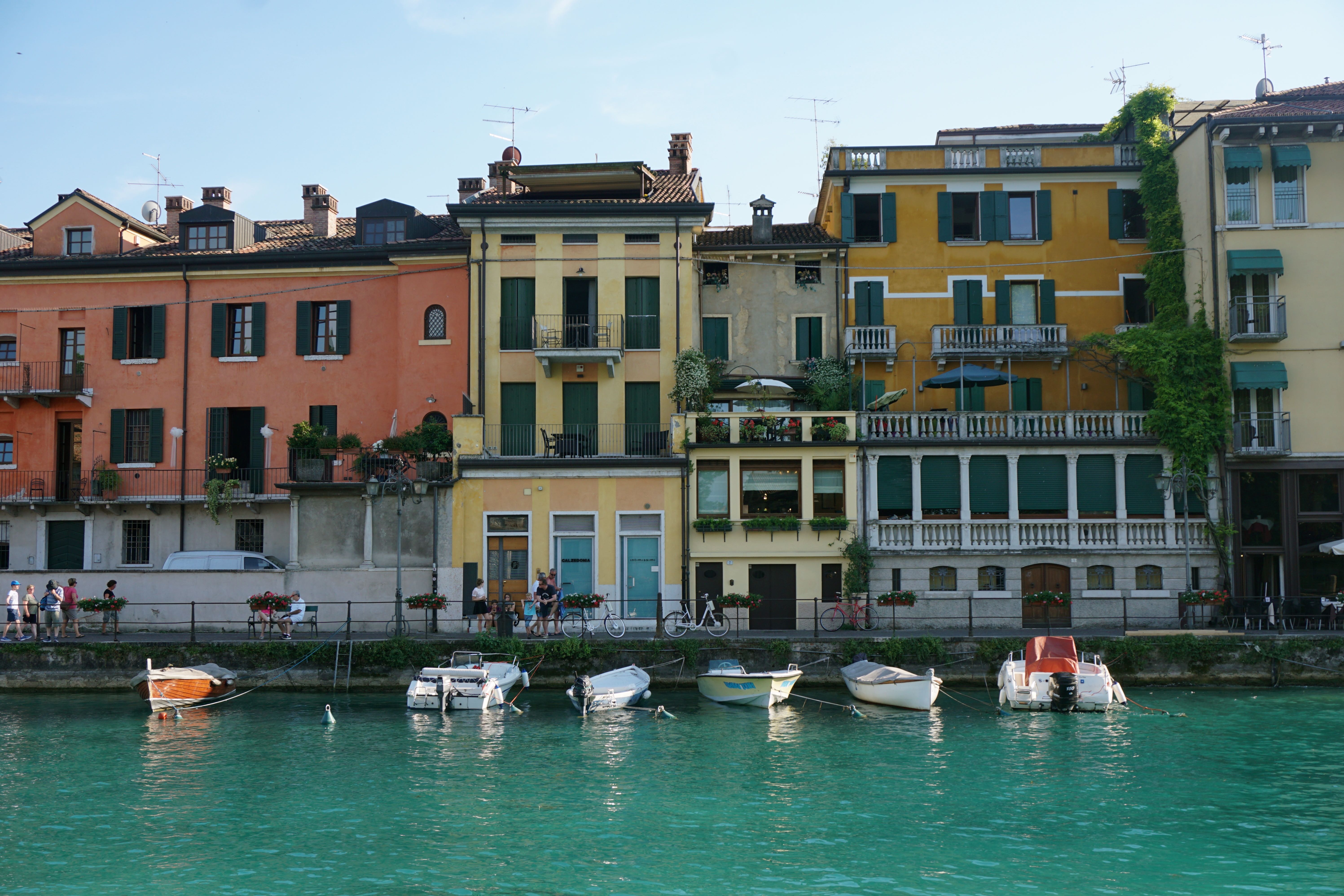 Como, Garda and Maggiore: An Insider's guide to the Italian Lakes

The Italian Lakes: Como, Garda and Maggiore and the smaller of islands of Orta and Iseo that may be lesser known but are just as beautiful. They’ve provided inspiration for writers, artists and composers. (Photos Rachael Martin)

Pliny the Elder and Pliny the Younger lived on Lake Como, and statues of both can be found on Como’s beautiful marble-clad Duomo. In recent years, the lakes have been used as film sets. Ocean’s Twelve was filmed at Lake Como’s Villa Erba and Laglio’s Villa Oleandra, while both Casino Royale and Star Wars Episode II Attack of the Clones have scenes that were filmed at Villa Balbianello. The film world has always been attracted to the lakes. George Clooney’s Villa Oleandra, where the Obamas were guests earlier this year, is at Laglio on Lake Como.

With their villas, lush lakeside greenery, charming pastel-coloured buildings, luxury hotels and associations with the world of the rich and famous, it goes without saying that the Italian lakes hold a much-loved place in our imagination. Whether you’re planning that trip of a lifetime, or simply want to sit back and dream, read on for an insider’s guide.

If you’re heading north, fly to Milan. First stop is Lake Como, an hour’s drive from Milan or you can just as easily hop on a train. Start in Como, home of silk production since the 15th century. If you want to explore this, the Silk Museum is an excellent place to begin (www.museosetacomo.com). Then take the funicular railway up to Brunate for fine views of both lake and town that really help you appreciate the town’s original Roman street-plan.

Take a boat up the lake to the village of Tremezzo and the 18th century Villa Carlotta, built by the Marquis Giorgio Clerici at the end of the 17th century, with its museum and gardens, and venue for cultural events. (www.villacarlotta.it) Then get back on the boat and go across to Bellagio. This is the village that inspired the famous Bellagio Hotel and Casino in Las Vegas. If you can afford five star luxury, Grand Hotel Villa Serbelloni (www.villaserbelloni.com) that began as a holiday villa for an aristocratic Milanese family is the place to stay. Follow in the steps of politicians, royalty and film stars. It’s a great place to wander up and down its steep cobbled streets, stopping for a coffee or aperitivo at the bars under the portico by the lake. Don’t forget to take a walk through the gardens of Villa Melzi (www.giardinidivillamelzi.it). And if you have time, take the boat over to Varenna for more picture postcard perfect beauty. The castle lies above. If you have the energy, the short walk uphill is worth it for the views. These are views you will remember for years to come.

Lake Maggiore, west of Lake Como, straddles Switzerland in the north. Visit the botanical gardens of Villa Taranto (www.villataranto.it) in the pretty town of Verbania.

The beautiful Borromean Islands lie just north of Stresa where Ernest Hemingway used to stay at the Grand Hotel des Iles Borromées. To get there, take the boat from Stresa, a charming town with its Liberty style villas. Isola Bella, named after Carlo III’s wife Isabella, was originally a barren rock inhabited by fishmongers. From the early 17th century onwards it was developed by the Borromeo family, and in particular Vitaliano VI. Visit both the baroque Palazzo Borromeo and spectacular Italianate Baroque Garden there. The gardens of Isola Madre are famous for rare plants and year round flowering. Also visit the Palazzo Borromeo here that French writer Gustave Flaubert named ‘paradise on earth’.

Slightly further west is Lake Orta, visited and loved by both Balzac and Nietzsche. Isola San Giulio, the lake’s island, is home to the 12th century Basilica di San Giulio and its frescoes of saints while the lake’s one town Orta San Giulio is a great place for enjoying lakeside life in the cafés and bars of Piazza Motta.

Slow it all down on Lake Iseo, or Lake Sebino as it’s also known. It’s just past the charming town of Bergamo to the north east of Milan, and offers great opportunities for hiking and cycling. Visit the town of Lovere, named one of Italy’s most beautiful villages in 2003. Then take a boat to Monte Isola, the lake’s island and walk up to the Santuario della Ceriola. The lake is also just north of the Franciacorta wine region.

Keep going east and Lake Garda lies just before Verona, city of Romeo and Juliet. Lake Garda offers both windsurfing and wine tasting, making it the perfect destination for a well-deserved few days of rest and relaxation whilst sampling some of the local food and wines. Sirmione is the medieval town that always proves popular while the town of Bardolino gives its name to the wine that comes from the lake’s south-eastern shores. If you’re moving onwards to Verona, Desenzano del Garda is a great place to stop off on the way.