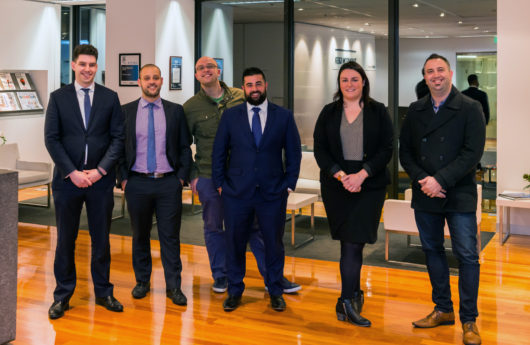 The torchbearers of a transformed Italian culture in Australia

ALTO is the name of a business and social network created by a group of second-generation Italian-Australians who take pride in their Italian identity and bring it into play in their business dealings and social relations. They are the torchbearers of a transformed Italian culture in Australia that has come a long way from the experience of their parents.

These young businessmen and professionals were born, grew up and educated in Melbourne and are active members of the Australian society. They aim high and could not find a more appropriate name for their network, “alto” of course meaning “high” in English.

They are genuine, high performing entrepreneurs in their 30’s and early 40’s, who run startups or work in the legal, accounting and finance, property, engineering and high tech sectors, and operate comfortably in a multicultural environment. Long gone are the days when being Italian in Australia meant belonging to a kind of an alien culture and the children of Italian immigrants had to conform to Anglo norms to develop a successful business or professional career.

Today being Italian-Australian is a plus in whatever one attempts to do and judging from their profiles, the ALTO committee members are quite successful people. The president John Persico, is an international leader in strategy for analytical and technical workforces and co-founder of the Professional Services Champions League; which runs conferences, training courses and customisable international and local corporate events for professional services industries. The other committee members include his brother Matthew Persico, working for the same company as Operations Manager; Bill Di Blasio—founder and managing director of 360South, a multimedia agency based in Southbank; Amanda Farinotti—an executive paraplanner and the second in charge of the Victorian paraplanning team in BT Financial Group; Frank Chila—a lawyer specialised in Family Law; Sam Adigrati—a wealth management specialist; Sarah Donato—a market strategist for Jetstar; and Steven Perri—a corporate finance partner for PKF Melbourne.

There is no doubt that they all owe it to their parents that the Italian culture penetrated many areas of Australian life, but it is also the transformation of Italy into a highly developed society that makes them proud of their ethnic background. Following its economic boom of the 1960’s and 70’s, and rise to prominence as a major world economy, Italy has become a more prestigious country projecting the image of a modern and advanced nation.

Holidaying in Italy, and Italian products and style, have become popular amongst middle-class Australians who lead an increasingly sophisticated lifestyle. In the major cities, the growing Italian influence is evident in the numerous cafés with outdoor tables, which in many places have replaced the pubs, in the paved courtyards and in the shop signs showing an Italian name.

These trends did not necessarily generate an increased demand to learn Italian. They act however, as an incentive for language learning, encouraging direct contacts with Italy. The ALTO initiative springs from this new reality, and it promises a bright future for the Italian culture in Australia.