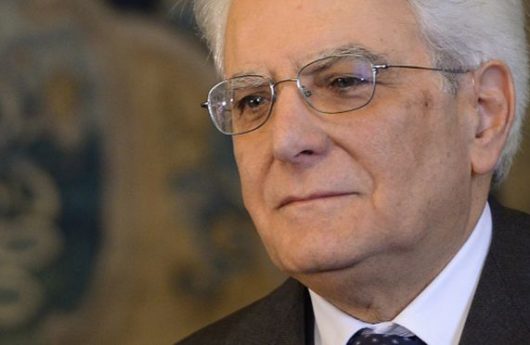 Getting to know the new President of the Italian Rebublic, Sergio Mattarella

Before his election just over a year ago, the new president of the Republic of Italy, Sergio Mattarella, was mostly known by ordinary Italians for an oddity associated to his surname. A quiet, reserved man, he had been a member of Parliament for 25 years (1983-2008), had served three times as a government minister and once as vice-premier before becoming a judge of the Constitutional Court, the highest Italian judiciary institution.

In 1980, a tragic circumstance had thrusted him fleetingly into the limelight when Italian newspapers published a photo of him holding the body of his brother Piersanti who had been shot dead by the mafia outside his home in Palermo.

Yet, when he was elected president, most people knew him because an electoral law he had designed had been polemically nicknamed as Mattarellum. Italian electoral laws are difficult to be understood by common people and Mattarella’s was no exception. In order to emphasize its intricacies, a sarcastic political commentator called it by translating the surname of its creator into Latin. That happened over twenty years ago and until last year Sergio Mattarella had mostly been known for this gibe on one of this deeds as a politician.

After his election, the Italian media rushed to fill the gap by researching and publishing the story of his public and private life but while his political and institutional careers were easily accessible, there was little that could be said about his personal profile, apart from the tragic episode of his brother being killed by the mafia as, in his capacity as governor of the Sicilian regional district, was trying to remove, or at least reduce, the influence of organised crime in Sicily.

So newspapers and television channels concentrated on Mattarella’s public life and the picture that emerged from their scrutinies was that of a man of high integrity with a steadfast adherence to a strict moral and ethical code, a rare quality for a politician not just in Italy but everywhere.

His Christian Democratic party that his father, Bernardo, helped setting up after WW2, collapsed in the early 1990s. Many of his fellow party men disappeared from the political scene and quite a few were arrested on charges of corruption but Mattarella was unscathed. He had resigned as education minister in 1990 to protest legislation that helped Berlusconi transform what started out as several local channels into a business empire including Italy’s three main private TV networks.

After entering politics in 1983, Mattarella has lead what most of his colleagues consider a Spartan life, moving between his homes in Rome and Palermo and spending little time mixing socially. He left residence on the day of his election, in a small Fiat Panda. Those who know him often refer to him as a pensive man, susceptible to bouts of sadness, particularly after his wife Marisa, who was the sister of the widow of his brother Piersanti, died in 2012.

He has three children called Bernardo Giorgio, Laura and Francesca, six grandchildren, and is considered a father-figure by the two children of his ill-fated brother. One of them is active in local politics in Sicily with the PD, the party that is currently governing Italy under the reformist drive of prime minister Matteo Renzi.

Since the death of his wife, Mattarella had been living a simple life in the austere, one-bedroom lodgings of Rome’s Constitutional Court. Now he lives at the Quirinale, the huge 1,200-room Roman palace which was home to 30 popes, four kings, and since the 1940s has been the official residence of Italy’s presidents.

Just over a month after his election, Mattarella announced that the palace would open every day to the public. Announcing his decision, he said that the palacewas a “symbol of the culture and history of all Italians.“ A few days earlier he had hopped on board an Alitalia flight to visit his home city of Palermo – the first time in years that a head of state has shunned the presidential plane.

In his first televised end-of-the-year message, he didn’t choose to appear in the presidential studio, nor at his desk, nor surrounded by some precious tapestry. He showed himself sitting on an armchair in a living room next to a fireplace. A location as homey as it is possible inside the Quirinale.

He wanted to connect with the people and he avoided any reference to politics or political parties. His interlocutors were “my fellow citizens,” as he addressed them, calling them the same way he had done last February, after his election.

He spoke frankly, as a person who can see people’s qualities and flaws, their bright and dark sides, like their ingenuity and creativity but also their notorious individualism and lacking of civic sense. And if there was a main theme in this speech, it was without a doubt individual responsibility, in every sector.

He concluded by paying homage to three Italian women: a top physicist, an astronaut and a mentally disable sports champion. For the first time ever, a president in a formal speech has put women ahead of men as examples of what can be achieved with commitment and courage to one’s life undertaking.

The Italian presidency is a largely ceremonial office but it can play a crucial role in shaping Italy’s future. Mattarella’s qualities of institutional equilibrium, his stately traits and his moral stature will prove invaluable in forthcoming months as Renzi seeks to pass reforms aimed at the country’s full economic and social recovery.