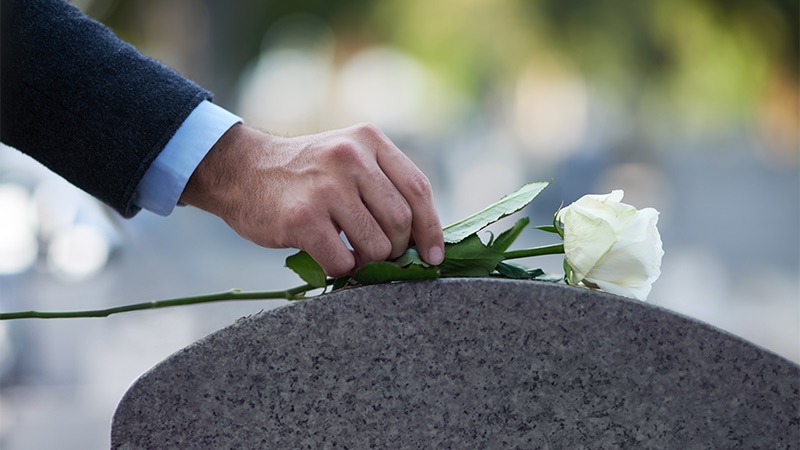 From the village cradle to the city grave

At a recent funeral for a respected elderly family member I got to thinking that as more and more of that wave of Italian post-war migrants die off, our current lifestyle threatens the traditional view of what it means to be the sons and daughters of Italian immigrants to Australia.

I grew up embraced by and with the traditional aspects of a life influenced by life in Italy. My parents frequently visited relatives and friends from their region of Southern Italy. We spent many a Saturday night or Sunday afternoon at cinema’s like Il Metropolitano in Brunswick or Cinema Italia in Cliffton Hill, Melbourne, watching Italian language movies or to a live performance by visiting Italian artists like Gianni Morandi.

There was an expectation that as a family we would embrace the things that celebrated being Italian. At home we spoke an Italian of sorts, but what was in reality a regional dialect, though we didn’t really know any different. I went to Italian school of a Saturday morning, learning the difference between the Italian of my parent’s village and that of the academics. It was awkward and often embarrassing trying to bridge this linguistic gulf. But those of my generation thought little of this. Our heritage was very much Italian, irrespective of the nuances of language. We all had a fundamental lineage to something irrefutably fundamental to our psyche; we were the sons and daughters of Italians and we were proud of this even as we came into our teenage years and started to butt up against the realisation that we were indeed somewhat apart from our Anglo neighbours.

Sitting in that church, looking out at the aged faces of the people I had grown up with, it occurred to me that we of my generation are losing the very moorings that anchored us to the past our parents and their generation tried so hard never to forgo completely.

As the generation that bred us dies off, as the once youthful family patriarchs and matriarchs die, what hole gathers apace that swallows into it the very fabric of those seemingly archaic behaviours and rituals that helped both define who we were and who we’ve become?

As we get further and further from that period in our past when our ancestors stepped onto these shores, the fragments of traditional rituals become tenuous and gossamer thin. What then becomes threatened is the absoluteness of identity, that unshakable certainty that despite everything to the contrary, actually helped shape who we are.

In abandoning so much of what made our parents and their generation amongst the most tenacious and hard working of any generation, that spirit of holding on to what they knew while trying to integrate what they saw as necessary to move forward, we have abandoned the very spirit that they embodied, the spirit of resilience. Perhaps as we hurry to move forward and away from the past, we actually rob ourselves of a core part of who we really are.

As the children of those migrants who are now in their twilight years, we are the custodians of all their hopes and dreams. It is not that we owe them anything, as much as we need to own what they gave us-from the daggy hand-made clothes to the strange school lunches.

The biggest compliment we can pay this fading generation is to own with pride all the cultural and traditional rituals that shaped both us and them in this new country of theirs, Australia.

With every passing year less and less of those once youthful voices will be around to remind us of what once was. And with this passing so passes the tangible links to that often foggy past, a past that seems to have less and less space in our frantic lifestyles as we usurp what was once foreign to our parents and adopt it as somehow having always been ours.

If there is a border to be crossed between then and now we need to be alert to the fawning voice that deludes us into thinking that only the now has any relevance in our lives, that only the present has any tenure in what we might aspire to achieve. That gap between what was and what is grows apace as each voice is silenced, as each heart is stilled until or-unless we are vigilant, all that will remain is the hollow chorus of their sons and daughters who have used their parents as little more than stepping stones from one world to another rather than as a bridge that spans a lifetime from the village cradle to the city grave.

Archimede Fusillo has worked as a Features Writer for Vive La Vie and Vie La Cuisine international magazines, as well as being writer and translator for the Alfa Romeo magazine Quadrifoglio. He has also written for various other magazines, reviews, newspapers, journals as well as for radio and TV. Archimede’s short stories and novels have won many literary awards both in Australian and overseas, including being awarded an international Literature Fellowship by the Italian Services Institute and the Nino Sanciolo Arts Prize for Literature. Most recently Archimede’s co-authored novel-Veiled Secrets set in southern Italy, was published in the USA to much acclaim, and is being followed up by a new novel Summer Of The Purple Beret. Archimede is a regular speaker and presenter at conferences, schools and institutions of learning in Australia and Italy, frequently running writing workshops to an array of diverse audiences.