No items found.
Product is not available in this quantity.
LoginLogoutSubscribe
History 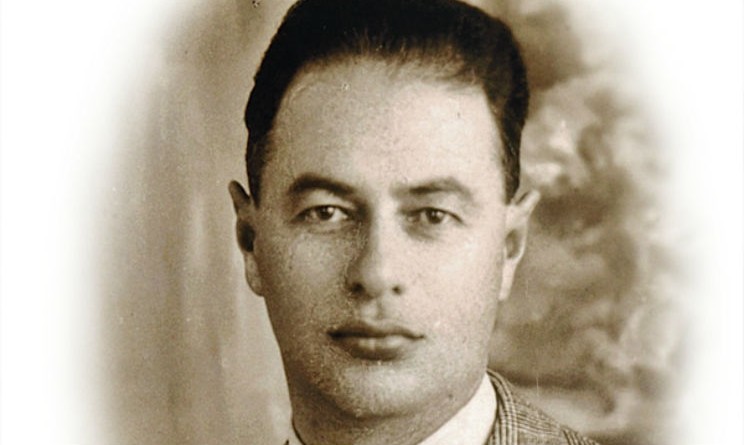 The city of Alessandria – lying among the plains of the Piedmont region, between the Tanaro and Bormida rivers – is a long way from Solt in Hungary, and even further from the winters of Poland and the hellish imagery of Auschwitz. Yet in January this year, Alessandria hosted a ceremony which honoured the life of an adopted son who had taken this very journey, football player and manager Arpad Weisz.

In the interwar period, Weisz had an acclaimed career both as a player – a left winger for various European clubs, as well as representing Hungary in the 1924 Olympics – and later an assistant manager for Italian teams including Alessandria and Inter Milan, with whom he won the 1929-1930 championship. But following his death in 1944 during the Holocaust, his story was largely forgotten.

But in the last few years, there have been a number of books written about his life and achievements, as well as acknowledgement from the clubs he played with. On January 27 – the Day of Memory (or Giorno della Memoria) in Italy – the team known as ‘I Grigi’ (the Greys) added to this with a plaque laid at its ‘Giuseppe Moccagatta’ stadium in Alessandria, honouring Weisz’ role as a player and member of its managerial staff. Later, the city hosted the first public launch for L’Allenatore ad Auschwitz. Árpád Weisz dai campi di calcio italiani al Lager, a book published this year by historian and writer Giovanni Cerutti, who is also scientific director of the Istituto Storico della Resistenza di Novara (Historical Institute of the Resistance in Novara, a city where Weisz also worked as a manager).

According to Cerutti’s book, the crucial thing about Arpad Weisz’ career in Italy was the way he defined, for the first time, the modern role of coach-manager in a football team, relying on his experience as a player in Hungary, then Czechoslovakia, and finally Italy itself. During his time in the latter, he also published a football coaching manual – one of the first in Italy – which explained his methods, which were based on a knowledge of group dynamics and leadership requirements.

But Weisz’ story started not in Italy, but the village of Solt, south of Budapest, where he grew up the son of a Jewish family. In his twenties, after a brief time working at a bank, he began playing football professionally for Törekvés SE – based in the capital - and later a Czech team of mainly Jewish players, Makkabi Brno. At the same time, he played for the national team, gaining seven international caps between 1922 and 1923, in addition to playing for Hungary in the following year’s Olympic Games.

But in 1924, he also began the journey of finding a second home in Italy, playing first for Alessandria and then Inter, which at the time was known as Ambrosiana. After a serious knee injury took him out of playing in 1926, he returned to the ‘Grigi’ as assistant coach, before heading to Milan again at the end of the year as senior coach, although he was only thirty years old at the time. In his time at Inter, his achievements were many, and included the discovery and mentorship of Giuseppe Meazza – one of Italy’s greatest ever players – and winning the Scudetto in 1930. (Weisz remains the youngest coach to ever win a Serie A title.)

In 1932, Weisz left Inter and coached briefly for Bari and Novara, before heading to Bologna in 1935, where he reached the peak of his managerial career, winning back-to-back titles with the team in the following two years. In 1937, as Italian champions, they took on Chelsea in the Tournoi International de l'Expo Universelle de Paris, and won 4-1, with Bologna being described on that day as ‘the team that shook the world’.

But the following year, winds of change in Europe – specifically the passing of the racial laws in Italy – forced dramatic changes into the lives of Weisz and his family. As a result of the laws, he was sacked by Bologna in October of the same year, and left the country first for France, and then the Netherlands, where he settled and became coach of amateur club DFC (now known as FC Dordrecht). In August 1942, the final stage of his journey began when he was arrested, along with wife Elena and children Roberto and Clara, by the SS, and detained at the transit camp Westerbork, and then sent on a train to Auschwitz in October. Three days after their arrival, his family were gassed, although Weisz himself survived another sixteen months, dying on January 31, 1944.

The first glimmers of interest in Arpad Weisz in Italy since the war came in 2007, with the publication of ‘Dallo scudetto ad Auschwitz: vita e morte di Arpad Weisz, allenatore ebreo’ by journalist Matteo Marrani. In the following years, his story came to better known, and memorial activities sprang up – as when players from Inter and Bologna carried a picture of Weisz on their t-shirts, along with the slogan ‘no to racism’, during the Coppa-Italia quarter final in 2013. Alessandria’s first contribution came in 2019, when the team donated one of their shirts with the number eighteen – which symbolises ‘life’ in Hebrew – to the Fondazione Memoriale della Shoah, joining the shirts of all other Italian teams which the great coach had worked with.