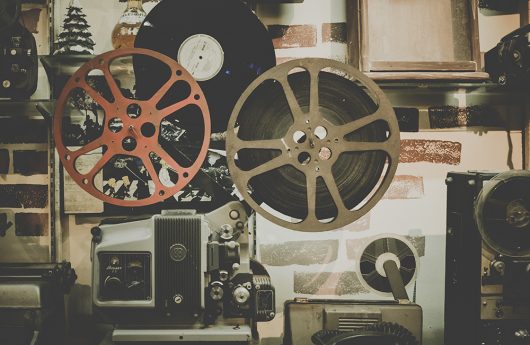 What we owe to our feature writers

Life, famously, is full of surprises and often more unlikely than a Hollywood blockbuster script. In that vein, a few years ago if someone had have predicted that I would give voice and sense of identity to the younger generations of the Italian-Australian community in Australia I would have thought they were nuts. On the contrary, I would expect them to have divine gifts from God.

When I started to dedicate attention and care to this magazine I was led and supported ‘only’ by passion, from clear ideas and driven by a strong sense of wager.

Today, however, Segmento boasts dozens of collaborators who are among the most sensitive, keen and passionate journalists, writers, photographers and graphic artists in the cultural landscape of the Italian community in Australia.

We owe it to our feature writers, who in each edition and on every single page stand for their commitment to spread Italian culture, to convey an honest image and ideal of Italy, without intolerable prejudices and generic folklore. They share stories of women and men who helped shape a diverse and young Australian society with their lives, and bring back key news and profiles of public figures of today’s Italian political, cultural and social life. A magazine that contains so much life and many lives; old-time scenes, which have resisted without breaks, adventurous and charming lives, lives torn by nostalgia and reinvigorated by hope. Then there are the lives of those who, like me, have learned what it means to be immigrants and try to humbly gather the testimony and example of our overseas grandparents.

It shows a portrait of a country that is neither better nor worse than others. However, it is unmistakable that by removing a fistful of dust, so much extraordinary beauty is felt.

In this edition, music and cinema are the main protagonists. Daniele Foti-Cuzzola from Perth tells us about the festivities and celebrations for the 50th anniversary of the West Australian Opera Company and converses with the Italian-Australian singer Aldo Di Toro; In Melbourne, our Archimede Fusillo conducts an intriguing interview with the musician and conductor Daniele Ciurleo-Larubina, with the re-release of the “My Father’s Songs” musical work; Space also for contemporary melody, with the journey of Bernadette Novembre exploring the music and voice of Giusy Ferreri.

Ivano Ercole brings us into the evocative world of cinema with the history of the Zeccola family, the first to bring Italian films to Australian cinemas; The Italian Film Festival appears in Bronte Dee Jackson’s article, while Gerardo Papalia marks the popularity of Italian peplum before the advent of multiculturalism.

Space also on other issues, such as sports, with Jenna Lo Bianco’s interview with talented Carlton Football Club player, Jack Silvagni. Photography and landscape intertwine in Margareth Bourke-White’s aerial images of Molise during World War II, as told by Deirdre MacKenna. Among the headlines we find a new entry called “Coffee Talk”, in which Santo Buccheri enlightens us about the black drink’s secrets in Melbourne – the world’s coffee capital. Then, there are many other lives narrated by Mara Rasulo, Natalie Di Pasquale and Laura D’angelo. Have a good trip!