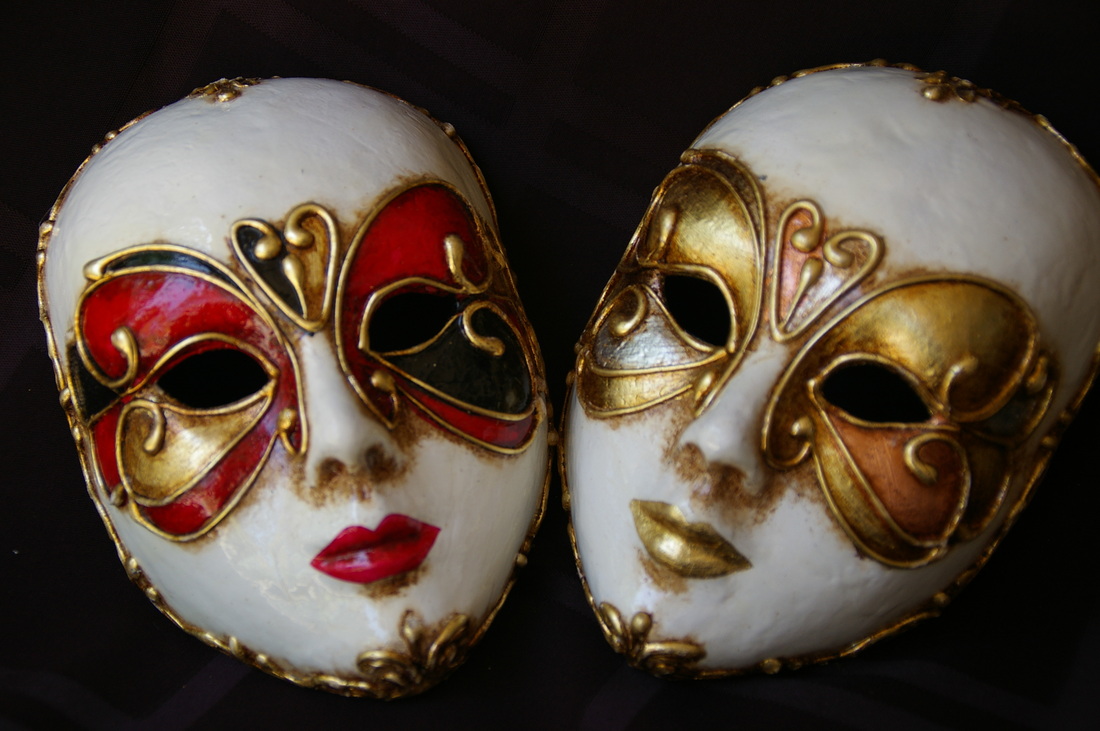 The masks we live in

In today’s society of modern man I believe that Carnevale is one of those festivities to which only few people give the proper magnitude. Yet the Carnival has deep roots in the history of humanity, and in all its manifestations, throughout the peninsula it is possible to find a common denominator: the propitiation of fertility of the land, through the exorcism of death.

But beyond the origins easily connected to religious and pagan roots there is another trait that makes the Carnevale celebration a festivity encroached into the social and psychological categories: the use of the mask.

I am very disappointed witnessing nowadays that during the celebrations of Carnevale, masks are mainly dressed and used by children as the grown-ups consider it a custom frivolous and childish.

However the playwright and Nobel Prize winner Luigi Pirandello was of a different opinion. He was fascinated by the powerful social role of the mask. During his long-standing career he stated:

“You learn at your expense that along your life path you will encounter every day, millions of masks and only a few faces.”

Pirandello was convinced that the mask represents the social role and convention. If true, then man lives unconsciously in a big machine of lies and the only place of truth is theatre.

Contrary to what one might intuit the mask dressed on stage allows us to be ‘real’ by relinquishing the mask of everyday life.

If theatre is the place of truth then Carnevale is the temporary street theatre where people wearing a mask can finally be themselves.

It is precisely the mask that allows us to “be” and not simply appear.

Behind a mask stirs a multitude of personalities, different and unknown. The human being is not a one-dimensional creature, but Uno, nessuno e centomila(One, No One and One Hundred Thousand).