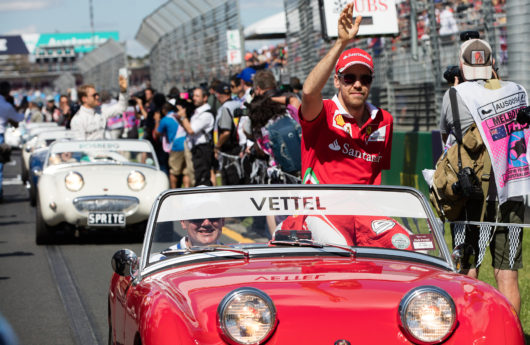 Photography as the art of unfolding unnoticed

The Sicilian in Jonathan Di Maggio likes the theatrics and drama of photography. The vibrant colours and shades of a subject matter—any subject matter, arouse a deep appreciation in this twenty-something Melburnian of the theatre that is life.

“I’ve always appreciated the nuances of photography,” he tells me over a latte in one of Melbourne’s many celebrated laneways. “There is real artistry in composing a photo that is anything but a flat image. A photograph should leap out at the viewer and grab their attention, make them consider more than just the image, but the context of the shot; where it was taken, the conditions, the effort that may have been required to get just the right balance of light, texture and drama.”

As a nod to the Sicilian heritage of his father, Jonathan seeks energy in his photos, preferring to capture a subject in moments where the camera is the last thing on their mind, an immediacy that can often reveal things about the subject they were not consciously trying to reveal—or indeed, had no intention of revealing at all.

“Even with inanimate objects like a graffitted wall, a neon lit street, the corridors of a cityscape like New York, the aim is to capture something new and interesting, to see the same thing others may have seen, but somehow to do so in a manner that is fresh and hopefully, exciting to the eye and the imagination. The Sicilian in me loves the brashness of showing off just enough to be noticed, but not so much as to be ridiculed. Sicilians have a love of life that truly is second to none, and I strive to capture some of that zest in my work.”

With no formal training, but a lifelong passion driving him, Jonathan started shooting purely for his own pleasure, to see if he could indeed capture images in ways that provoked comment from those to whom he showed his work. Beginning with streetscapes of Melbourne’s trendy inner-city suburbs of Brunswick and Northcote, Jonathan built up a folio of work that on a recent trip to New York got the attention of celebrated street and lifestyle photographer Jose ‘Tutes’ Tutiven Franco.

“I posted some of my varied work on Instagram and Facebook,” Jonathan explained, “just to put it out there. I hadn’t any plans to be reviewed or commented on, but this amazing photographer took a liking to my material and encouraged me to follow my dream, and today he regularly checks in to see what I’m doing and how.”

While his Sicilian heritage has taught Jonathan the value of being in tune with the many vagaries of life, and to having a playful disregard for the cloying absoluteness of rules about how and what to shoot, his maternal Maltese heritage gives him freedom to find the quirky and the unusual in his own personality and make it resonate when he peers through the lens and tries to find that point of difference which is so prevalent in Maltese culture, from its art to its cuisine.

“We are a boisterous family,” Jonathan says grinning. “In my extended maternal family you’ll find everything from world-famous magicians to TV and movie stars. For her part, my mother has a keen eye for detail, and fashion and cooking are areas she excels in. Obviously some of this creative vibe was going to rub off on me. That it should have done so in photography I never would have imagined until I started to take the field seriously, investing in equipment and resources beyond the mere aim-and-shoot.”

Today Jonathan Di Maggio is in keen demand, his reputation growing mainly by word-of-mouth-and a growing body of work on social media. His website-jonathandimaggio.com, has grown from a handful of hits a month to hundreds a week, and his role as a photographer varies from being a fly on the wall at people’s festivities, to upfront orchestration of everything from street fashion shoots to cityscape portraits, including his much admired New York collection.

When we parted Jonathan was on his way to shoot a high-end society event-but was coy to reveal details.

“Clients have to know you respect their privacy, even when they let you in up close and personal,” he said by way of farewell, lugging his camera and vision into the distance.

Archimede Fusillo has worked as a Features Writer for Vive La Vie and Vie La Cuisine international magazines, as well as being writer and translator for the Alfa Romeo magazine Quadrifoglio. He has also written for various other magazines, reviews, newspapers, journals as well as for radio and TV. Archimede’s short stories and novels have won many literary awards both in Australian and overseas, including being awarded an international Literature Fellowship by the Italian Services Institute and the Nino Sanciolo Arts Prize for Literature. Most recently Archimede’s co-authored novel-Veiled Secrets set in southern Italy, was published in the USA to much acclaim, and is being followed up by a new novel Summer Of The Purple Beret. Archimede is a regular speaker and presenter at conferences, schools and institutions of learning in Australia and Italy, frequently running writing workshops to an array of diverse audiences.