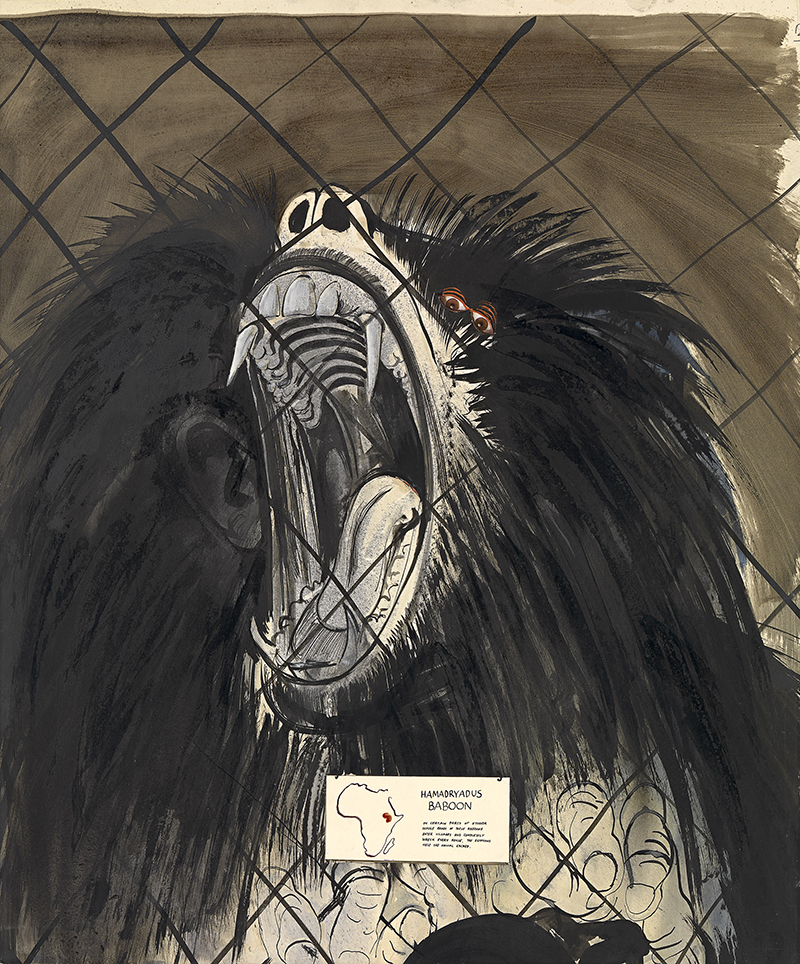 Parallel visions: a retrospective of George Baldessin and Brett Whiteley on display at NGV

Baldessin/Whiteley: Parallel Visions is an exhibition on display at the NGV Australia until January 28th 2019. The retrospective proposes two expressionist artists who made a name for themselves in Australia and overseas during the ‘60s and ‘70s.

The artists are quite distinct from one other in style and artistic discipline, and one may wonder why their work has been combined for this exhibition.

Baldessin has Italian roots. He was born in 1939 in Northern Italy. In 1949 he moved to Melbourne, though he went back to study at the Accademia di Brera in Milan in the early ‘60s. He then returned to Melbourne where he died in a car accident in the 1970s.

Whitely was also born in 1939, near Sydney, and he also died prematurely, of an overdose, in 1992. Like Baldessin, Whiteley also went to study in Italy, winner of the Italian Government Travelling Art Scholarship in 1959. Both artists travelled and lived throughout Europe.

In London Whiteley found great success, in fact he is the youngest artist to have had work purchased by the Tate Gallery. From Whiteley’s London period, there are prints, collages and sculptures that depict animals at the zoo, behind bars that restrict their existence and confine them to isolation.

Dismay emerges also from Baldessin’s etchings and aquatints. They depict anonymous characters of the circus and the theatre, entertainers of audiences that know nothing of their real identity and personality.

Both artists were interested in exploring the human condition. Whiteley’s London period also included a series about the Notting Hill homicides committed by John Christie. Brett at this stage lives near the serial killer’s apartment where, between the ‘40s and the ‘50s, Christie killed and buried his wife and at least eight other women. Whiteley’s childhood friend John Wilson relates that they had read about those murders in an English newspaper as kids. A decade later, having also discovered Francis Bacon and Robert Rauschenberg’s art, Whiteley found a way of externalising his reflections on human cruelty, on the female body seen as an object of desire.

The female body is also a recurring theme in Baldessin’s work, represented with no intention of evoking beauty. The exhibition proposes the series—realised when the artist was living in Paris—of the lonely Marie Magdalene of Rue St Denis. The prostitutes he saw on the street would often wear a red fur. They remind Baldessin of the Marie Magdalene he had seen in some Italian religious representation, with long red hair covering their body. Baldessin’s Magdalena embodies both the religious sinner and the Parisian prostitutes. While Whitley focuses on the violence toward the female body, Baldessin examines sex work and stigma.

The American Dream by Whiteley concludes the exhibition. The 22-metre-panel displays Whiteley’s reflection on the contradictions within American society. References to the Vietnam War and Hitler represent hatred and human chaos that destroys the harmony of nature.

From Baldessin’s etchings, mainly in black and white, emerge a gloomy and contemplative tone, whilst Whiteley’s work, full of colours, reflects an impulsive art. Wandering through these rooms, one senses a dialogue between the contrasts in the artist’s work.

Baldessin from Melbourne, Whiteley from Sydney, both artists transformed their passion into their life’s mission, collecting recognitions and awards in Australia and abroad. For both, life was to be short, but filled with art that has survived them. This exhibition allows these two artists, who probably never met, to dialogue on similar themes dealt with in different ways, but that always moved in parallel directions.