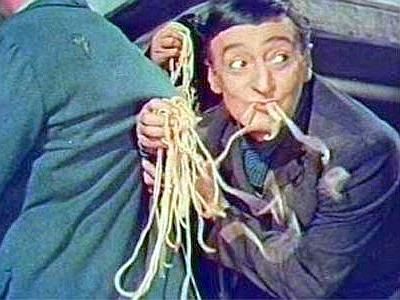 Clichés about Italians are the image, often distorted, that foreigners abroad have of us. They began in Europe with the spread of travel diaries of the intellectuals who visited our country, struggling with the educational journey called “Grand Tour”. Centuries later, in the early 1900s, the stereotypes were reinvigorated thanks to migratory phenomena.

“A paradise inhabited by devils.” It would be dishonest and even incorrect to define this statement on Italy, like the one Goethe offered history and the world in the aftermath of his “Italian Journey”, but without a doubt this view has become more popular. It’s the Grand Tour, that long trip to continental Europe undertaken by the European aristocracy and the bourgeoisie of young artists and writers, that we must start from if we want to fully understand where and when these Italian clichés began. Stereotypes about Italians are hard to shake off, considering that they are spread across the globe. This suggests that they have their origin three centuries ago with the visit of dozens of writers and the European intellectual elite in our country…

Naples is ‘one of the most loved cities’ (“… in my eyes, it’s beyond comparison, the most beautiful city in the universe” – Stendhal), but also the least understood by young European intellectuals (“… whose inhabitants seem to live on the border between heaven and hell” – E. Gibbon).

In these travel journals we find a number of stereotypes about the habits and daily life of the city of Naples. Neapolitans eat macaroni, even at night; everyone knows how to play the mandolin and in the evening, everyone dances the tarantella on the seashore. They are full of life, gesturing and talking loudly.

It’s plausible that the distinguished visitors, already at that point, pursued a stereotyped image of Italy. Perhaps they didn’t find one ‘single Italy’, but rather, many ‘Italies’. All distinct in historical, geographical and political point of view, that many most likely overlooked.

Such conventional models are often intertwined with immigration. Mass emigration, coupled with the fact that Italians have ‘invaded’ nearly every corner of the globe, have contributed to the creation of a stereotyped image (often negative) that foreigners have of us. This in turn has transformed into a veritable’ anti-Italianism’, a phenomenon noted mainly the United States and Central-Northern Europe (Germany, England, Austria, Sweden, Switzerland, Belgium, France). This anti-Italian racism also occurred in Australia. In 1934 in Kalgoorlie in Western Australia, after months of tension, the houses of Southern Europeans were set alight. Italians, along with Yugoslavs and Greeks had to flee the city. Although this was an isolated case, it proves the inhospitable sentiment that fed the Australians to turn against the population of Southern-Central Europeans, primarily being the Italians.

It’s worth noting that the clichés, in this circumstance, were always the same: the filth, the attitude of begging and immorality casinonorske.com.

Today the situation has definitely improved. With the explosion of the “Made in Italy” culture of the 80s and 90s, Italy carved itself a space in global public opinion, which has earned respect and dignity. We are no longer those who know how to make pasta and play the mandolin. We have made ourselves known and appreciated in many other fields (science, sports, literature, manufacturing) that fall outside those on which others’ prejudices were built. In recent years in Australia, the term “wog” has lost its derogatory connotation, and living ‘all’italiana’ is often adopted in today’s society as a model to inspire to.

However, no one should be fooled, as stereotypes against Italians are far from having disappeared. They often overpower common sense, decency and respect for human life. Consider the inappropriate cartoons of “Charlie Hebdo” representing the victims of the central-Italian earthquake of last August. In these caricatures people were buried in the rubble depicted as layers of lasagna, and it was stated that the Mafia built the houses. More recently, some schools in the UK require an ethnic-linguistic distinction between “Italians”, “Italian-Sicilian” and “Italian-Neapolitan” of the students at the time of enrolment.

Who will explain to the British that Italy became a unified country of the 17th of March 1861?