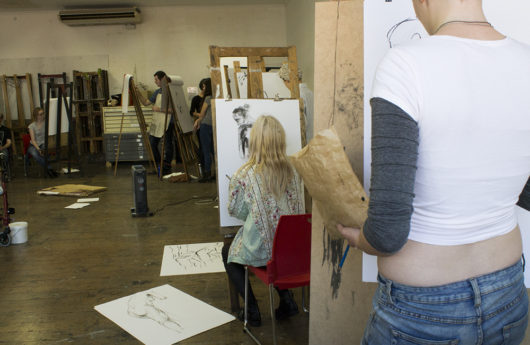 GAIA, a Melbourne-based organisation working for an art renaissance across the world

Pizza for us Italians is more than an appetising dish. It’s a magnet for getting together and spending good time with family and friends. It’s our gastronomical mandala, symbolising our gregarious spirit. Over a pizza we laugh, we joke, and most of all, we talk.

Talking while eating is what Italians normally do but doing it over a pizza has a quality of its own: it stimulates the mind and generates ideas.

This is the reason why Giovanni Butera, a Melbourne-based economic analyst and strategist, likes hosting pizza parties in his home in Ascot Vale. He believes that from little things great things can grow, especially when people exchange thoughts and opinions over an authentic Italian pizza.

He has equipped his home garden with a wood-fire oven and regularly invites a large circle of friends and connections to enjoy a few pieces of his freshly-baked pizzas.

And so it happened that during one of these pizza parties, out of a conversation on the role of art in human society and the dominant influence of science and technology in today’s world, the idea was born of doing something to revamp people’s interest in the visual arts.

Quite an undertaking for a small bunch of Italian art lovers eating pizza in the backyard of a house in a Melbourne suburb but, incredible as it may seem, that was the start of a big international project that has taken the name of GAIA-acronym of Global Association of International Artists, a non-profit organisation working for an art renaissance across the world.

GAIA’s main task is to run an international exchange program for young artists, providing a comprehensive framework of activities and services. The fundamental principle that underpins GAIA’s vision is the power of art as a universal language fostering communication and dialogue among different societies and cultures. A greater focus on art creates social cohesion and a better understanding and appreciation of other people’s values, attitudes and beliefs. It can also change the perception of the world.

A most incisive description of this phenomenon was enunciated by Oscar Wilde. Speaking about the foggy conditions in London in the late 19th century, he wrote that the way people perceive them changed because of art. Referring to the “wonderful brown fogs that come creeping down our streets, blurring the gas lamps and turning houses into shadows,” he argued that “poets and painters have taught [people] the loveliness of such effects.” According to Wilde, “they did not exist till art had invented them.”

Art then, can change and enlighten the way people look at the world and GAIA wants to contribute to bring about this change. Its goals and aspirations have received the support of prestigious public and private institutions, such as the Office of the President of the Italian Republic, the Italian Parliament, Culture Action Europe, just to mention a few, and are waiting for the patronage of Unesco and the Australian Council for the Arts. GAIA has also been approved as a charity institution by the Australian Taxation Office, which makes donations to GAIA tax deductible.

GAIA is currently in the process of setting up an extensive web portal whose primary aim is to connect artists from around the world and to open pathways for artists to disseminate their artworks at local and international levels.

The web portal will include artists’ personal web pages, an art community blog and chat-room for discussion, an e-market component for the purchase of art services and materials, multimedia art clips, information on art schools, links to online art magazines, news and events, access to the largest international art directory, and information on art grants and competitions.

The exchange program will start operating next year in three countries (Australia, Italy and Malaysia) and will gradually be extended to many other countries around the world.

“GAIA is getting an enthusiastic and ever-growing response by public and private institutions” says Giovanni Butera, who has taken up the exacting task of presiding over the first phase of the project. “We didn’t expect that it would take off so soon but this is a sign that we are on the right track. And to think that it all started with a chat amongst friends…”