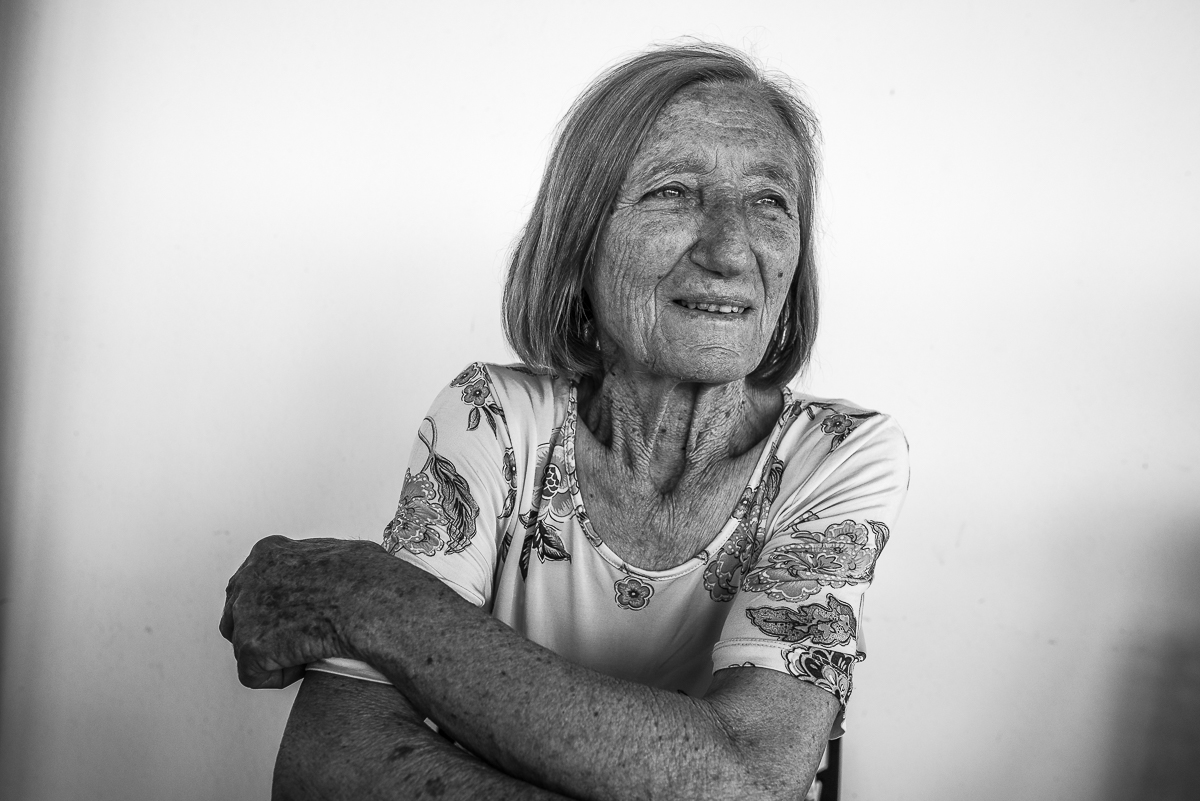 An Italian Nonna out of the box: Anna Maria, the oldest living fisherwoman in Italy

She looks like any other 80-year-old Italian woman. Her body is weathered but lithe. Her hair is cut into a smart bob. She sits at a café with her arms folded, gazing into the distance. In another image, she is at the stove, her great grandson playing at her feet.

Then there are images of Anna Maria Verzino on her boat, Gloria, hauling fishing nets in with a strength that defies her small, elderly frame. A starfish in the palm of a wrinkled hand, and a waterproof jacket pulled up over a scarf-covered head. This is The Bride of the Sea and the subject of the journalist Annalisa Marchionna’s photographic essay by the same name.

Marchionna was among the first journalists to be granted an interview with Anna Maria, and certainly the first to be allowed to photograph her. It was a privilege that took a while to earn, and came with the promise to avoid all interference in the subject’s life, especially while they were out on the boat.

‘I have tried to depict her love of the sea through her small gestures’, Marchionna has said, ‘that affection that every now and then she would show to her boat.’

The images are captivating, and they tell a story of courage, of a life lived at sea. As is not uncommon with the stories of female pioneers of her age, they also tell of a kind of unwitting feminist activism brought about through the simple act of following one’s dreams.

Though Anna Maria Verzino was born into a fishing family, and had been on boats with her father since the age of four, it was not until she was 30, when the laws regarding gender equality were passed in Italy, that she was able to apply for a fishing license and become an independent fisherwoman. Before this she was obliged to accompany some male colleague or relative in their boat.

Of her calling to the sea, Anna Maria has said ‘The immensity of the sea has captured me forever. When I was a child, my father thought that I would be scared and that I’d give up going out to sea with him… but actually I’ve never really got off that boat.’

Her determination to dedicate herself to such a male dominated profession has been, perhaps unsurprisingly, met with scepticism from her male colleagues throughout the years.

‘Why aren’t you at home knitting like all other women’ she recalls a ship captain asking her once. ‘I knit when I get home, after I’ve been out at sea’ she replied at the time. Her refusal to apologise for her femininity in a man’s world is the very quality that attracted Annalisa Marchionna to her as a subject for her photo essay.

‘This is a strong woman, hard as driftwood, but at the same time, esoteric, feminine, delicate. What struck me was the love she expresses for the sea. In contrast to many male fishermen, she is not a predator towards the sea, she is maternal and affectionate.’

Anna Maria’s fierce feminine presence has inspired Marchionna to continue her work with fisherwomen. ‘There are hardly any left,’ Marchionna says on her website. ‘In a brutal and masculine world, like the world of fishing, these women are able to transmit a love, a passion and a complete dedication towards the element that hosts them. They respect “their sea”, “their river”, and “their lake”. They are all Brides of Water.’

Perhaps the most captivating aspect of Marchionna’s series of portraits of Anna Maria is the depiction of an elderly woman entirely satisfied with her life and her achievements.

‘This is my sea, my life; I love the sea as if it were a person. Out there I am at peace as I’ve never been on land.’ Anna Maria has also told Marchionna that she would not change a thing about her life, stating ‘if I could go back, I would do everything again exactly the same way.’

Anna Maria does look like any other 80-year-old Italian woman, but she certainly is young and fit for her age. Perhaps that is the reward for a lifetime of doing what she loves. Perhaps the secret to longevity is a combination of early starts, a daily dose of sea air and avoiding a lifetime of regrets.