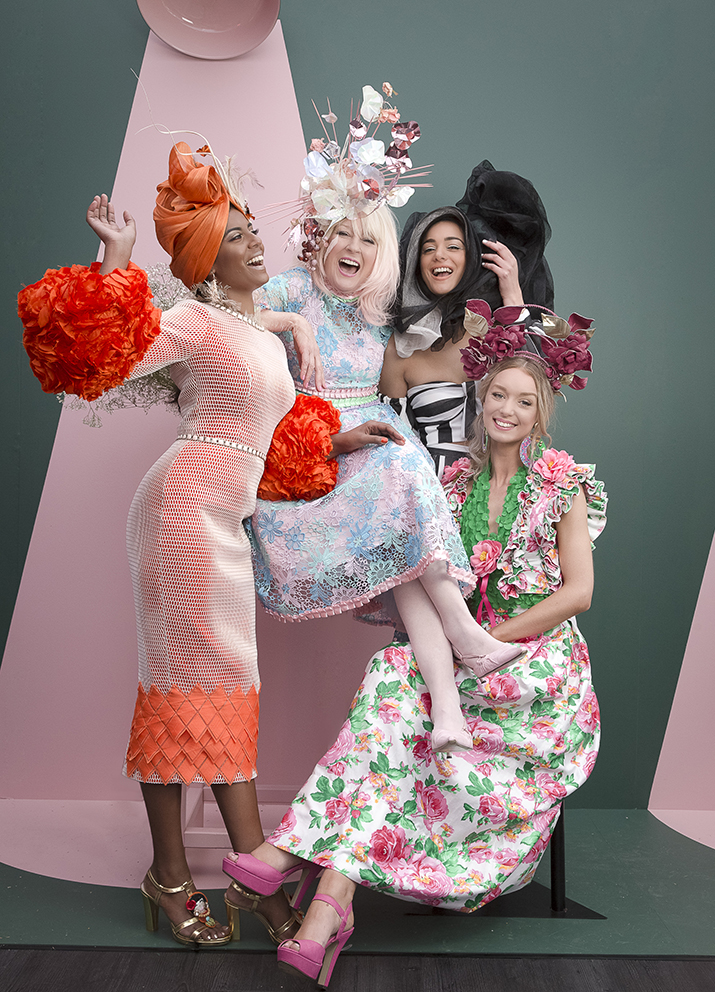 A Stylist speaking stronger and louder than words

The name might be unfamiliar to readers of Segmento but fashion stylist Lynette Pater has had a big hand in making known the talents of a man who has twice graced the pages of this magazine—Italian milliner Stefano Costabile. (Photo Richard Shaw)

Indeed were it not for a fascinating chance encounter between Lynette and Giovanni Butera, founder of GAIA–Global Association of International Artists, the Italian community in Melbourne would likely never have heard about Stefano or got to enjoy his creations.

Giovanni and Lynette met in 2016 at the State Library of Victoria during a conference on one of Melbourne’s iconic photographers of the 1970s, Rennie Ellis. But it was more than an interest in Ellis’ photography that brought them together. They discovered they had something else in common, and I’m sure you’ve guessed what or who that was. Yes, Stefano Costabile.

Lynette had not met Stefano in person but had been in touch via Facebook and had recently used one of his hats for a fashion shoot, a magnificent blue head-piece that has become an iconic symbol of Stefano’s creativity. Whereas Giovanni, who hails from Cosenza in Italy, where Stefano is based, and had known him since they were teenagers, was by this stage organising GAIA events to showcase Stefano’s creativity.

Their meeting must have felt like divine providence. Lynette was immediately captivated by the concept behind GAIA, which resonated with her beliefs about style and culture.

‘Australia has some of the world’s best milliners,’ says Lynette, ‘but I fell in love with Giovanni’s idea of GAIA, and of bringing artists like Stefano here to Melbourne to show what they have got. I’m a great believer of the saying “Italians do it better” because I just love the culture, I love all of their style.’

Lynette threw herself wholeheartedly behind GAIA, to the extent that she has become the creative director for many of the organisation’s events, in particular for Stefano’s touring exhibition Il Viaggio delle Dee in 2017, which included a millinery show hosted by the Kangan Institute. She has also for the past two years co-ordinated Stefano’s collection at Fashion on the Field on Melbourne Cup Day, among several other high-profile shows during the Spring Racing Carnival.

‘Lynette’s collaboration has been invaluable to GAIA’, says Giovanni, ‘and not only because of the exposure, also because her focus is on people and her work is all about creating a lifestyle or way of living for people, and the importance to GAIA lies in it being more of a networked community rather than an organisation.’

If truth be told, when watching Lynette at work one cannot help but feel that her styling is as much about the journey as it is about the destination. Whether she’s working for the catwalk or on a shoot for a fashion magazine, the energy, tension, drama and beauty she creates on the spot is like a Happening, a valid form of art in and of itself. At several GAIA events, Lynette has seemed to discreetly wave a magic wand and a bevy of models, wearing amazing outfits, suddenly appear and mingle with the crowd, or do an impersonation of Marilyn Monroe, perform a belly dance or break into opera. (Sometimes, even her husband has taken to the microphone and belted out a classic Elvis Presley tune.)

She explains, ‘When that happens people ask, “Where do I look? What’s happening?” It’s excitement and I love excitement. I love creating it, and I’m so glad Giovanni introduced me into his world.’

While the focus of her work for GAIA has been on creating excitement and exposure for Stefano’s creations, Giovanni believes there is a fundamental aspect of Lynette’s work as an acclaimed stylist that is sometimes too easily forgotten. That is, she has an intimate understanding of style as a cultural touchstone, much like food or sport or art, in the sense that it speaks better and louder than words, both in how we see ourselves and how we see the world.

‘In that sense,’ Giovanni admits, ‘I would have to say that Lynette has an Italian heart even though she was born and raised in country Victoria.’