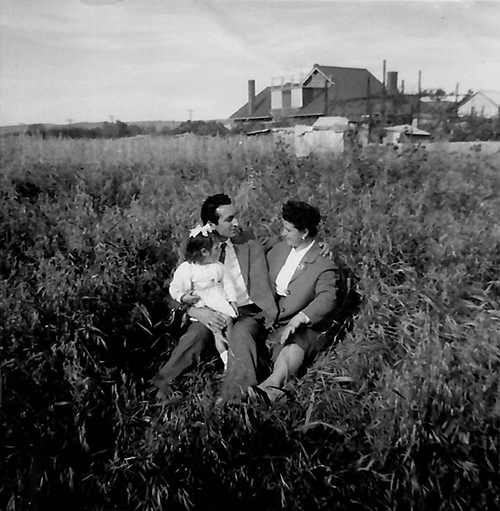 That day, my mission was to find an Australian book to translate into Italian, and analyse for my thesis in Specialised Translation. I had spent the previous few weeks browsing the University databases. I had found many accounts of the topic that I was interested in, Italian identity in Australia, but none of them seemed to overcome a nostalgic narrative focused on groups rather than individuals. What I was looking for, instead, was a work of YA fiction relating to the Italian-Australian community. Most of the texts were a binary representation of Italian and Australian culture. They presented people in regional communities with contrasting customs and traditions, who were ultimately bonded by traditional values such as family and hard work. These are extremely valuable documents, but they don’t account for the complexity of personal stories, beyond the broad outlines of a stereotypical ‘Italian-ness’.

I must have been lucky that day because I came across a small bookshop in Fitzroy, ‘Hares and Hyenas’. My interest in gender identity had taken me to independent LGBTI bookshops, where it seemed unlikely to find work about Italian migrants. However, after a chat with the owner, I left the shop holding a piece of paper with an email address scribbled on it. And that’s how I met Maria.

Maria Pallotta-Chiarolli is an extraordinary woman. She’s an Italian-Australian lecturer, researcher, and activist. She is also an author of both non-fiction and fiction books.

Born in Adelaide in 1960, her parents - both originally from Squillani, in the province of Avellino, emigrated to Australia and settled in Adelaide, where Maria spent her youth. In her autobiography ‘Tapestry’, the writer describes her childhood in Australia, the point of convergence of several different lives. A fragmentary, multi-faceted image, a colourful tapestry in which the threads that represent different places, spaces and times are intertwined. The book is the story of migration, of customs and traditions, of dialect and language, of food, of community.

Maria grew up with parents who have always guaranteed fair treatment and equal opportunities for both her and her brother, and she has always been able to count on strong female role models within her family. As a result, she developed an early awareness of the danger of stereotype as a social mechanism, and came to realise that stereotypes ignore differences within a group to facilitate categorisation, at the expense of the complexity of the individual. It generates erroneous and partial representations and makes the narratives of minorities impossible. Stereotype particularly affects those who identify with different groups and don’t identify with traditional 'labels', too sharp to include all the nuances and to tolerate possible contaminations.

Maria’s book 'Love You Two', the book I chose for my thesis, is a novel written from the point of view of sixteen-year-old Pina, a third generation Italian-Australian teenager. Pina lives in Adelaide with both her parents and her younger brother, not far from her Italian grandparents’ house. Her friends belong to the Italian-Australian community and she seems to face the same problems as most other girls: peer pressure, first relationships, school and self-esteem issues. Soon, however, she will discover something that will make her question all her certainties and turn her young mind upside down; her parents have an open relationship and her mother also loves Nathan, a family friend. The discovery of a polyamorous relationship within the family generates anger and confusion, and the emotional turmoil that Pina experiences leads her to embark on a journey of personal growth.

‘Love You Two’ addresses polyamory, homosexuality, bisexuality, interracial relationships, AIDS, and adolescent sexuality. It is also a representation of Italian migration culture and its impact throughout generations within an Italian-Australian family. The reader follows Pina through an inner-negotiation of the concept of normality, while painfully overcoming conflicting phases, emotions and perspectives.

Maria Pallotta-Chiarolli’s literary works and her research aim at exploring the ‘mestizaje’, this blending process or border-dwelling self with particular attention to the issues of social justice relating to the concepts of ethnicity, gender and sexuality, as well as differences and hierarchies within the various communities, groups and minorities. Maria wants to show that one is not only Italian, but a particular type of Italian. The product of a particular version of a gender and sexuality, a specific geographical place, age and level of education, all generated in a certain economic framework.

‘Love you two’ is exactly the kind of contemporary literature that I was looking for, and not only for the cultural challenges that it presents to an Italian reader, but also for the inherent linguistic obstacles. The language used in Maria’s book is, in fact, ‘impure’. It is a mix of English, Aussie slang, Italian and Southern dialect, hard to translate into a strictly gendered language like Italian, but very entertaining to read, as it mirrors that colourful ‘tapestry’ that is today’s multicultural Australia.